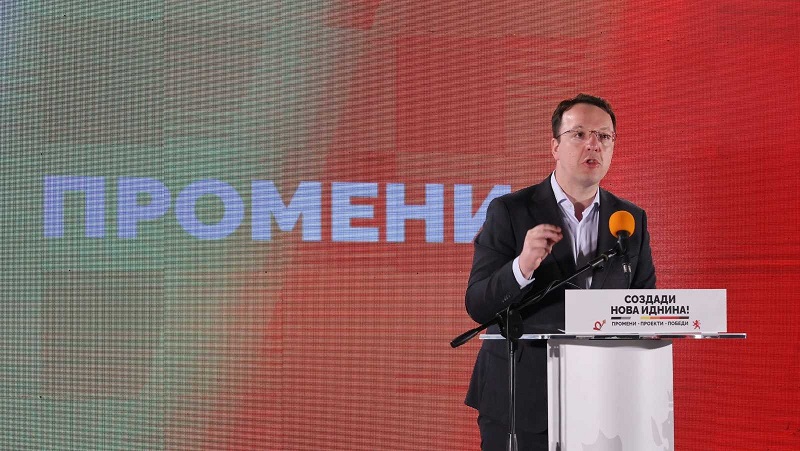 Officials who are in the energy sector will be more likely to be held accountable because they steal in conditions when people pay 4 to 5 times the higher price of electricity, pointed out Aleksandar Nikoloski, deputy and vice-president of VMRO-DPMNE.

Nikoloski added that the heating issue is a very serious issue that only proves the government’s inability to deal with the energy crisis.

The heating issue is a serious issue, and it has several aspects. First, the fact that 19 days before the start of the heating season we do not know whether there will be heating in Skopje, speaks volumes about the kind of incompetent bandits running the country. Because 20 days before the beginning of the heating season, they still haven’t provided gas, nor do they have any idea where they will provide it. Second, heating does not only affect Skopje but affects all of Macedonia. Most of the institutions are located in Skopje because many people from the interior come. There are also citizens who come to the Clinical Center for health reasons. Or citizens from the interior come to get some documents from the ministry or the government. The third reason why heating affects the rest of the country is because if there is no heating in Skopje, naturally people will have to switch to electricity because most of the buildings do not have the infrastructure for another type of heating. And in that case, the price of electricity will increase enormously, but the network will also fall and people who live outside of Skopje will not be able to heat themselves, explained Nikoloski.

He said that it can be seen that the Directorate for Technological Industrial Development Zones is very active in tenders every month, there is not a month that they do not give a tender to someone, but investments do not come.

Nikoloski indicated that a whole list can be taken out where the Directorate for Technological Industrial Development Zones where huge tenders and money spent for the work of the Directorate as well as for the “arrangement” of the zones in conditions where no foreign investor comes, can be seen. And this shows that the authorities are not interested in attracting foreign investments, but are interested in stealing.

This is an example of how the citizens’ money is spent and why there is no cheaper electricity and why the heating problem in Skopje is not solved. Because he spends his energy, his time on things like this, to make criminal deals. And what is also very significant in most of the tenders of the Directorate for Technological Industrial Development Zones there is only imagine one bidder. It is very strange that only one company calls after another, and no one else is interested, but then, for example, that company does not apply for the next tender, but someone else gets interested in applying. What it indicates, I can’t claim, but I say it indicates that pressure is being put on other companies not to participate in tenders, the vice president clarified.