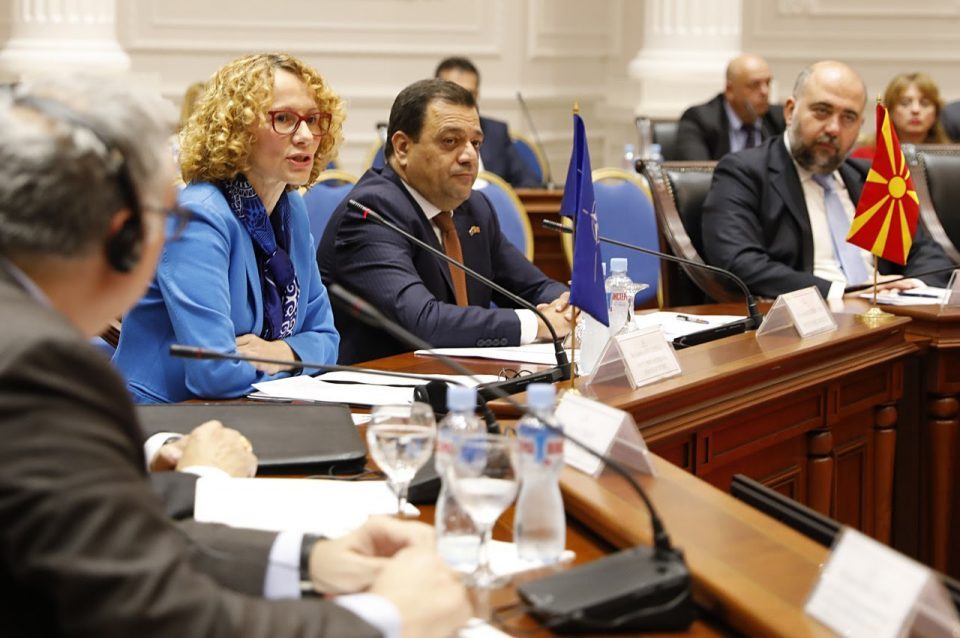 Radmila Sekerinska gave Koco Angjusev a New Year’s present worth 1.6m euros. Namely, the Ministry of Defense, headed by Sekerinska, will pay 1,600,000 euros for this year’s consumed electricity to the former deputy prime minister in charge of economic affairs in Zaev’s government, Koco Angjusev, according to the Bureau of Public Procurement’s website.

On December 30, 2019, just two days before Angjusev left the Government, the Ministry of Defense concluded a one-year public procurement contract with Koco Angjusev’s company Energy Delivery Solutions EDS DOOEL Skopje. There were 4 bids in the tender and it was awarded to the company that offered the lowest price – Angjusev’s company. 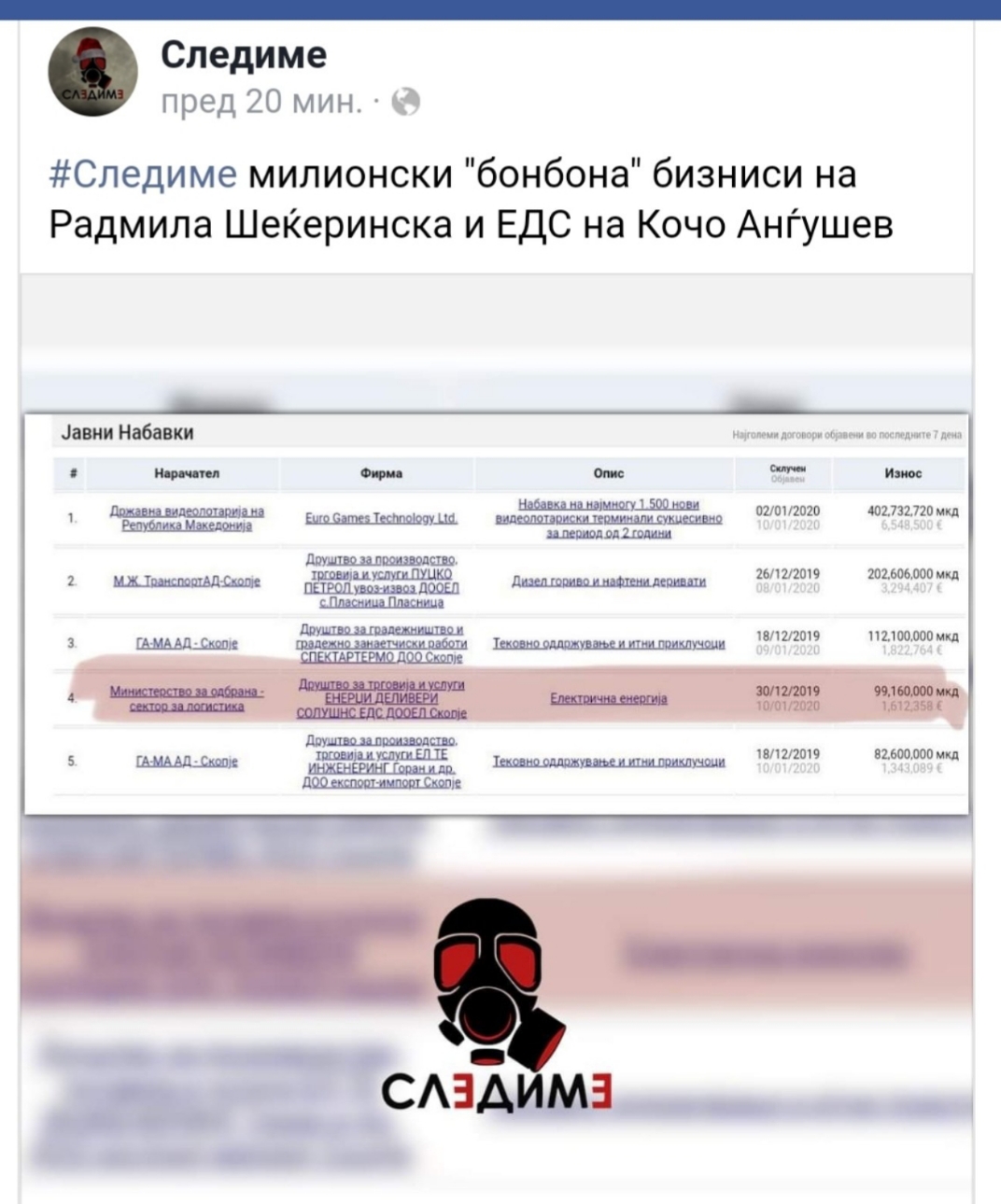 A day after the Ministry of Defense agreement was signed on 10 January 2020, it was announced that the soldiers and officers were left without heating. Namely, the soldiers were directed to take days off so that fewer people were in the workplace. The goal is to turn off some heaters because if heaters are included everywhere, fuses fall and break out. The soldiers are ordered to assemble in a room where they will be heated in groups on heaters, who have been told to bring them from home. In addition, the soldiers are even exaggeratedly encouraged to endure for a few more days without the heat because the weather would warm up and it would not be so cold! Logically, this raises the question, what will the military do with the electricity supplied by Sekerinska for the whole year, when they do not have heaters or electricity distribution systems. However, obviously that doesn’t matter. It is important to financially provide SDSM officials, both current and former, with tenders that will multiply their bank account.

With this tender that Angjusev got from Sekerinska, he refutes himself, since while he was deputy prime minister he swore that his companies would not win tenders, while scandalous money awarding only grew.

The public has witnessed Angjusev persuading the public on the “Top tema” show that he would not allow his firms to be awarded state tenders, while at the same time his firms were awarded tenders from ELEM, the Innovation Fund and the Roads Agency.

So FeroInvest and other companies will not participate in state tenders, but FeroInvest and other companies have 800 employees who must continue to live, work and receive wages and be active in the economic life of the state, but not just the partner state. We have to fight for values in this country and I think we have to fight for criteria, Angjusev said then.

Apart from the above-mentioned tender of ELEM, in which in the past the company owned by Angjusev was to receive 2.6 million euros for procurement of rubber conveyors for REK Bitola, the public also witnessed a series of other scandals involving directly Angjusev and his companies.

The latest scandal with choosing the EDS to procure electricity for the army in 2020, has come with a denial from FERO INVEST DOO Skopje and its owner Koco Angjusev over the news that Sekerinska and Angjusev made business deal New Year’s Eve!

The Ministry of Defense also reacts to the published text in the same direction.

The EDS company you are referring to and maliciously put in the context you want is not owned by former Deputy Prime Minister Koco Angjusev. If you were journalists looking for the truth you would see the same information in the Central Registry, reads the denial sent by Sekerinska’s ministry.

According to information released in public it is true that at the end of April 2018 Koco Angjusev sold the EDS to the Greek Power Company PPC, but all this was done in a controversial and suspicious circumstances given that the Greek Power Company was in bankruptcy at the time of the sale. Another suspicious circumstance is that Mitko Krzovski has been appointed managing director of the Energy and Trade Association Energy Deliveries Solutions-EDS DOO Skopje, who allegedly is Angjusev’s godfather. Krzovski was appointed to manage the EDS in the place of Angjusev, after he announced he would step down from all management positions in the companies he holds after being appointed deputy prime minister of the then government.

And while in our country Angjusev has formally stepped down as the head of the EDS, Greek television Sky reported that an investigation has been opened into the purchase of Koco Angjusev’s EDS by the Greek state-owned energy company. The purchase came months before the Prespa agreement, with the government never bringing the initial price Angjusev had asked for. The investigation revealed that (DEI) ‘s money went on Angjusev’ s personal account, while the acquisition was made following a proposal by Albania ‘s (DEI) subsidiary where former sugar executive and SYRIZA high ranking official Georgios Lanzas was appointed.