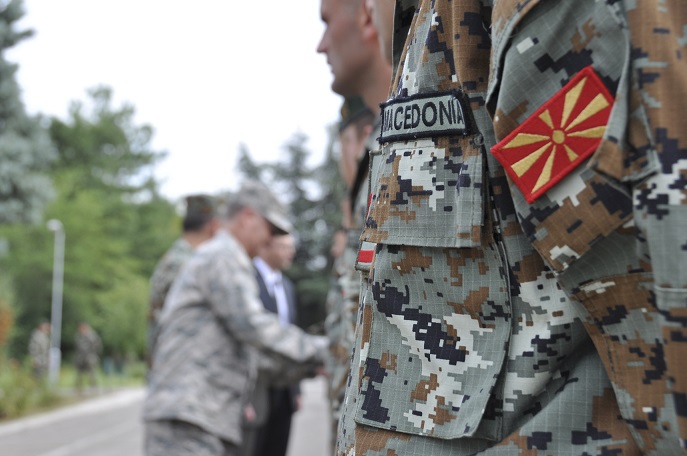 Seventy-nine soldiers from the army of the Republic of Macedonia receive the Meritorious Unit Citation and Vermont Commendation Medals at an award ceremony at Illenden Barracks, Skopje, Macedonia, Sept. 12, 2013. Soldiers were honored for their service with the 86th Infantry Brigade Combat Team, in support of Operation Enduring Freedom in Afghanistan in 2010. (U.S. Air National Guard photo by Capt. Dyana Allen)

Scandal and shame, the party of the deserter Kovacevski recruits professional soldiers through municipal branches, said VMRO-DPMNE, as a reaction to the notification to the members of the SDS from Aracinovo, published on the Facebook page of the Arachinovo branch of the party, where it is said that everyone who responded to the advertisement for professional soldiers in the army, to call the president of SDS Arachinovo.

This is shameful for the Macedonian army. This is proof that SDS involves politics with everyone from the cleaner to the minister. Their mouths are full of standards and NATO, and advertisements for professional soldiers pass through a headquarters filter in a branch like Aracinovo, VMRO-DPMNE reacts.

The party asks where is the Minister of Defense Slavjanka Petrovska, where is “the deserter Kovacevski to explain according to which NATO standard the SDS branch in Aracinovo recruits professional soldiers in the army?”