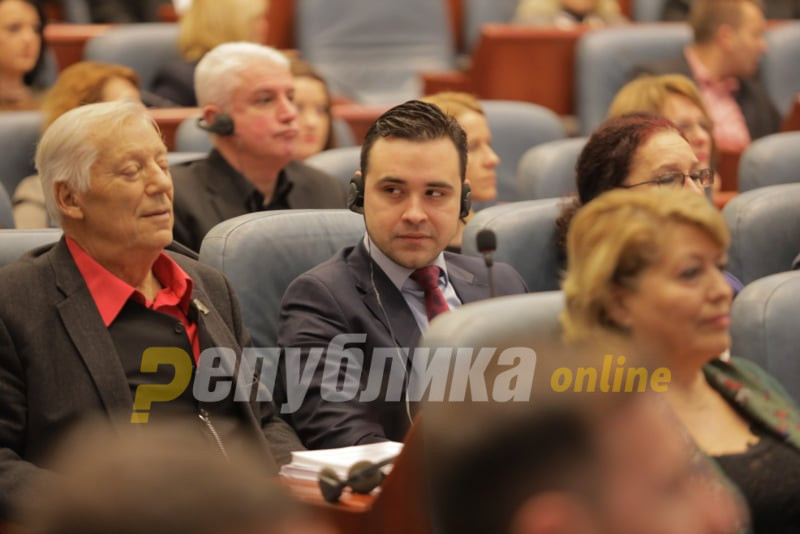 Following a phone conversation between European Commissioner Oliver Varhelyi with the leaders of the two main parties in Macedonia, in which he urged for an inclusive discussion to prepare the next elections, the first public response from the ruling SDSM party was to reject the initiative.
SDSM demands that elections take place on July 5, even as Macedonia is in the midst of a major Second Wave of the coronavirus epidemic and just a quarter of voters say they’re prepared to risk their health by voting in July. VMRO-DPMNE has proposed dates in August or September, hoping that the epidemic will be wrestled by then, and that the turnout will be such to give more legitimacy to the next Parliament, but SDSM seems determined to hold low turnout “corona elections” believing that it will be best for their chances.

Elections will happen, we will beat them so badly their lion (VMRO symbol) will purr like a cat, said SDSM spokesman Kostadin Kostadinov in a chest-thumping statement issued just after Commissioner Varhelyi spoke to both party leaders – Zoran Zaev and Hristijan Mickoski.

According to the EU Commissioner, the elections should be free, fair and inclusive, and take into account the coronavirus crisis, as well as the need to work for economic recovery. The conversations took place shortly after the SDSM dominated Government issued a decree which is meant to pressure the State Electoral Commission to prepare for elections on July 5. The President of the Commission yesterday said that the deadline SDSM insists on is legally impossible to meet.