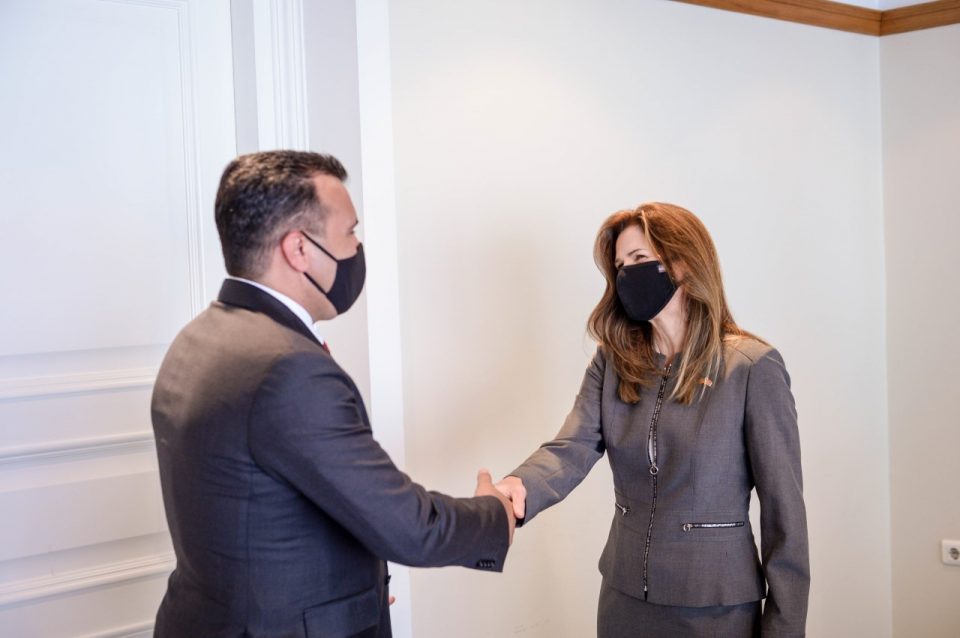 US Ambassador to Macedonia Kate Byrnes met with Zoran Zaev today, and according to the coordinated press releases, the main topics of discussion was the recently published decree by President Biden, who announced action against corrupt Balkan politicians and those who violate a number of treaties – including the Prespa and Ohrid treaties.

Zaev, who has a long list of corruption scandals to his name, jumped on the decree to insist that it is an open expression of American support for his regime, given that the opposition VMRO-DPMNE party never accepted the Prespa Treaty and the imposed name change.

Discussing the Executive Order, Prime Minister Zaev and Ambassador Byrnes mutually expressed satisfaction that President Biden’s act is focused against corruption, which is a key priority of the Government, and notes that the damage done by corruption affects the foreign policy, national and economic security of the US, Macedonia and other partners and allies. Zaev and Byrnes mutually noted the effectiveness of the Executive Order, which will prevent the entry of persons from the Western Balkans who are responsible of corruption in the region, including misappropriation of public assets, expropriation of private assets for personal gain or political purposes, or bribery for political goals, and who undermine the peace, stability and democracy. Prime Minister Zaev expressed his satisfaction that the list of international treaties which are important for the region, includes the Prespa Treaty, which guarantees the security and stability of the region, Zaev’s office said in its press release.

The US Embassy also issued a nearly identical press release, noting that “a critical element of this new Executive Order is a focus on combatting corruption, in recognition of the fact that transparent and accountable governance is an integral element of a stable democracy” and that the order adds the Prespa Treaty to previous presidential orders on the Balkans.

Biden is visiting Europe and Zaev hopes that he will use the visit to push for the opening of EU accession talks for Macedonia – a move which is currently blocked by Bulgaria.

Dr. Bekarovski: Even after a year and a half Macedonia doesn’t have a protocol for treatment of Covid patient for family doctors