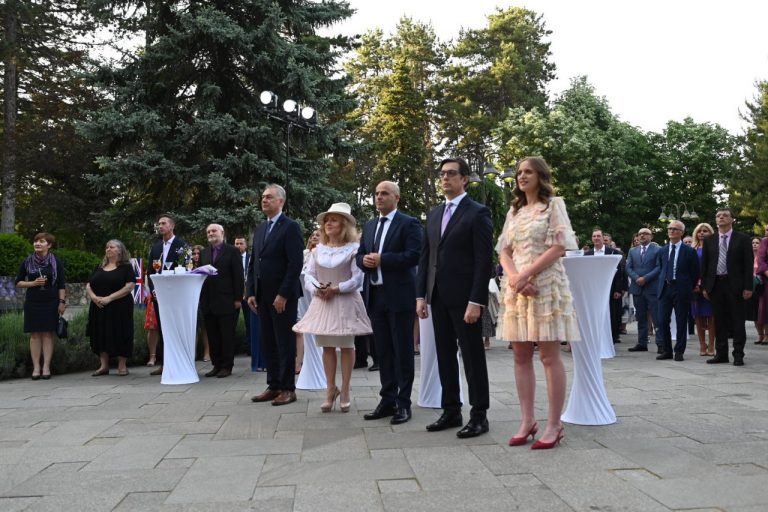 The British Embassy in Skopje hosted Thursday a reception to celebrate the bonds of friendship, understanding and respect between the United Kingdom and Macedonia and observe 70 years of service of Queen Elizabeth II.

Queen Elizabeth has ruled longer than any other monarch in British history and is the most prominent diplomat in the United Kingdom, strengthening old ties and building new ones. 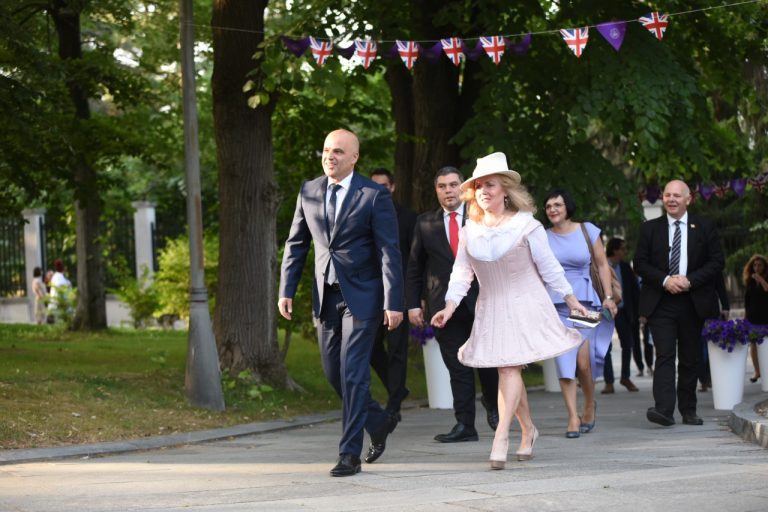 This year marks the 70th anniversary of service of Her Majesty Queen Elizabeth II. The Queen has ruled longer than any other monarch in British history, and has become a much-loved and respected figure around the world.

In her speech, British Ambassador Rachel Galloway greeted the President, the Prime Minister and the Vice President of the Parliament, as well as the guests and friends of the United Kingdom and Macedonia.

The long-standing bilateral relations between the United Kingdom and Macedonia have continued to strengthen and reflect our common values and goals, as well as the cooperation between our institutions, our parliaments, our military and our people. I also witnessed the strengthening of our trade relations with the new Trade and Cooperation Partnership Agreement. The United Kingdom remains one of the main foreign direct investors in the country thanks to investments by British companies such as Johnson Matthey. Macedonia is currently hosting Johnson Matthey’s largest factory in Europe, the most successful foreign direct investment in the country, said Ambassador Galloway, who will leave the country in a month.

Galloway: UK works closely with Army to support it in realising capability targets set by NATO