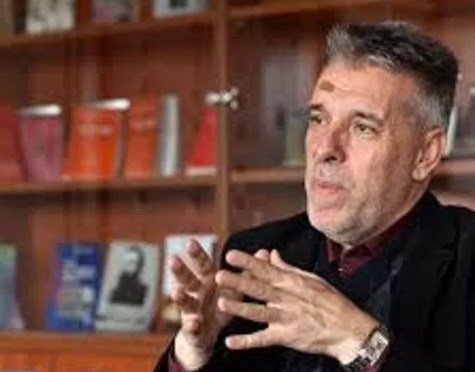 The issue over Goce Delcev’s identity was more imposed by the public than as discussion in the joint commission itself. Goce Delcev belongs both to Macedonia and to Bulgaria and this is the solution I see, Dragi Gjorgiev, chair of the Macedonian team in the expert joint Macedonian-Bulgarian commission for historical and educational issues, told Kanal 5 TV on Thursday.

Although I don’t believe the Bulgarian side will accept this, he added, at this point both perceptions towards Goce Delcev, the Macedonian and the Bulgarian one, need to be maintained.

According to Gjorgiev, any solution where one or the other side prevails won’t be a solution, it won’t be accepted by the society, the people of the respective country.

Therefore, if we want to break the deadlock at this point, we need to accept this position which, according to me, is not an obstacle to jointly celebrate Goce Delchev. According to the Macedonian narrative, Goce Delcev is a Macedonian national hero, and according to the Bulgarian narrative, he is a Bulgarian national hero. However, there are elements that allow for this historical figure, important to both countries, to be jointly celebrated, Gjorgiev pointed out.

Documentation exists, but as I said of various origin, European, Ottoman, Bulgarian, as well as correspondence within the organization itself. When talking about these sources attention must be paid to context, the time when these sources were created, and without such interpretation it would be very difficult for us to reach a certain, so-called, objective truth, although there is no objective truth in historiography, Gjorgiev said.

Regarding Goce Delcev, Gjorgiev reiterated he was born in Macedonia, Kukush.

Goce Delcev was educated in Bulgarian institutions, primary, secondary and military schools. However, Goce Delcev’s loyalty is not towards Bulgaria. Loyalty as Goce Delcev’s homeland is towards Macedonia, Gjorgiev said, adding that his Bulgarian colleagues also understand this.

“However, we must also accept that there are documents in which Goce Delcev declares himself as Bulgarian. We also need to have this in mind, we cannot abstract it. But it cannot be the only element we hold on to over Goce Delcev’s identity,” Gjorgiev said.

He added that together with Bulgarian colleagues they are still discussing about Goce Delcev, although not much of it is on paper.

According to him, it takes a lot of patience and wisdom to have both parties satisfied, to be able to recognize what will be given to the public and both nations.

Goce Delcev dedicated his whole life to his Macedonian people, said HH Stefan at the grave of the Macedonian revolutionary