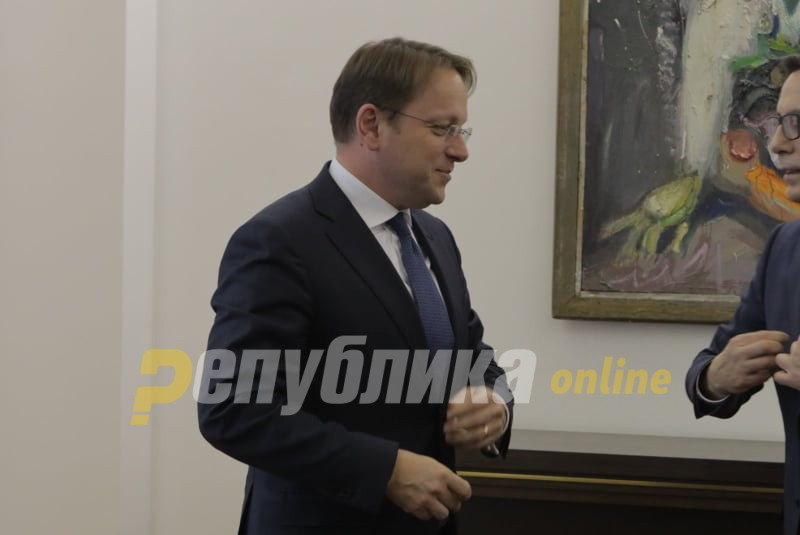 European Enlargement Commissioner Oliver Varhelyi called on Macedonia and Bulgaria to resolve their differences as Bulgaria threatens to block the opening of EU accession talks. Varhelyi said that the issue should not be “overly dramatized”, even as Bulgaria sent out a strongly worded memorandum to the European Council, outlining numerous demands on historic and national identity issues.

Varhelyi acknowledged that it will be difficult to move things forward if the issue is not resolved. “Now is the time to reach agreement”, the Commissioner said during a joint press conference with Zoran Zaev. Zaev is due to travel to Bulgaria soon for a meeting with Prime Minister Boyko Borisov, after Bulgaria hardened its position. The immediate issue is the Bulgarian demand that Macedonian historians agree that legendary VMRO leader Goce Delcev was a Bulgarian, but many other issues are being raised by the memorandum sent to the EU.

Varhelyi expressed hope that the first inter-governmental conference, which marks the start of EU accession talks, would be held before the end of the year. He said that the modified methodology for enlargement has helped to restore trust in the process and that it helped have all EU member states give their agreement, in principle, to open the accession talks, after France and the Netherlands led a group of opponents of enlargement in 2019. Varhelyi also presented the outlines of the economic, investment package which the EU is preparing for the Balkans, that should amount to 30 billion EUR in total, to be used for infrastructure and protecting the environment.

The Commissioner said that in return, the EU needs to see fight against corruption, respect for the rule of law and dedication to EU enlargement. He called on Macedonia to greatly reduce emissions and air pollution which he said is greatly disappointing the country and urged reforms that would lead to greater engagement of the Roma community in the workforce.

We are grateful that many important projects in “North” Macedonia will be supported. I express my gratitude to the European Commission for its selfless help it gave us during the on-going Covid crisis. Yesterday we received 80 million EUR in our budget with 80 million more to come. The EU solidarity motivates us to work in the future, Zaev said.