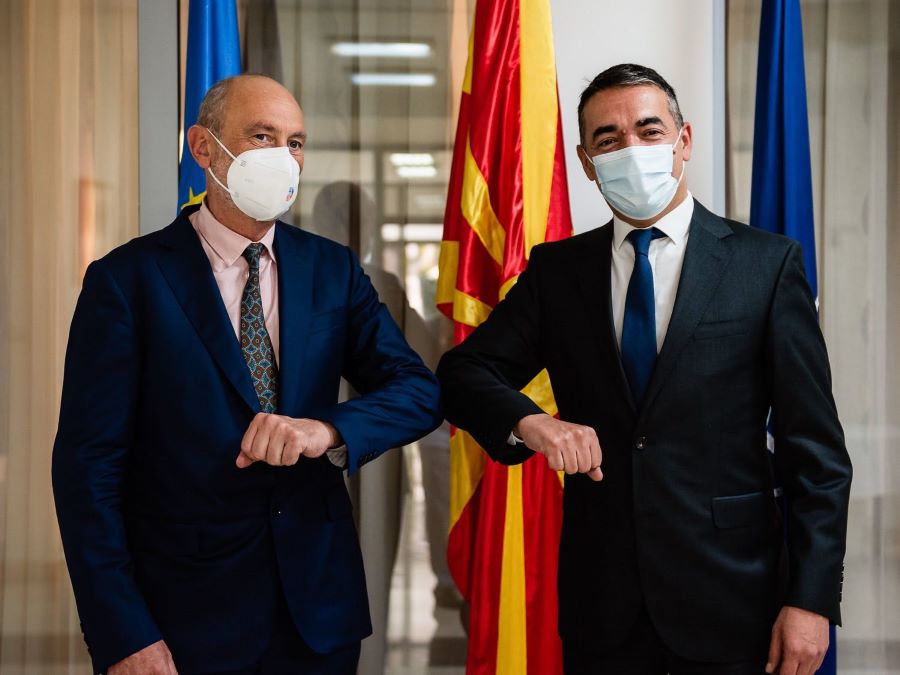 The arrival of Ambassador Geer and his appointment as the highest representative of the European institutions in Macedonia, happens at a crucial moment for the European path of the country, where his experience and expertise are more than welcome. Another European friend at the right time to create results and good news for the citizens – to jointly open the most important page, the start of negotiations with the EU, and thus the beginning of the introduction of European standards at home, said Dimitrov, as his office informed in a press release.

The two interlocutors exchanged views on the reform progress, the annual report of the European Commission, as well as its enlargement package, the holding of the first intergovernmental conference, the economic and investment plan, IPA 3 programming – key topics for which SEA and DEU will be in close communication.

Hope was expressed, but also assurance that during the mandate of EU Ambassador Geer, through coordinated and deepened cooperation, the prospects for EU membership will be even more tangible, and thus the standards of Macedonian citizens, through the European integration process, visibly improved, reads the press release.

Dimitrov: Prespa was possible because it did not touch the identity, Sofia goes into something it has no right to

Dimitrov: EU cannot afford 2021 to be like 2020 with enlargement failure