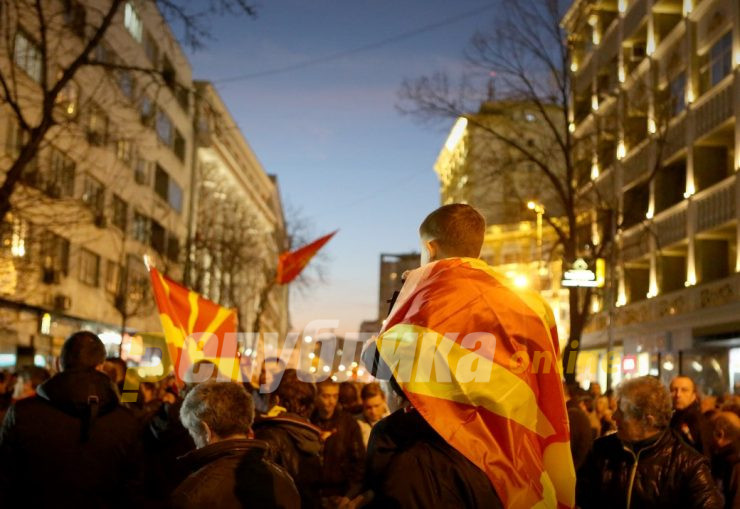 Zaev’s Prespa Treaty with Greece and the redefining of the Macedonian national identity contained in it opened the door for Bulgarian politicians to condition Macedonia, said VMRO-DPMNE official Ilija Dimovski in an interview this evening.

Dimovski, who is a well informed participant in the disputes over the Macedonian national identity, pointed to the admission from Zaev that former Bulgarian Prime Minister Borisov was himself involved in the preparation of the Prespa Treaty.

He warned that Macedonia will not get Bulgaria to withdraw from the dispute, not without making enormously damaging concessions with the Macedonian identity that would be even more intrusive then those provided in the Prespa Treaty. As a consequence, Dimovski sees Macedonia further away from the EU then it was four years ago, before the signing of the Zaev – Borisov treaty.