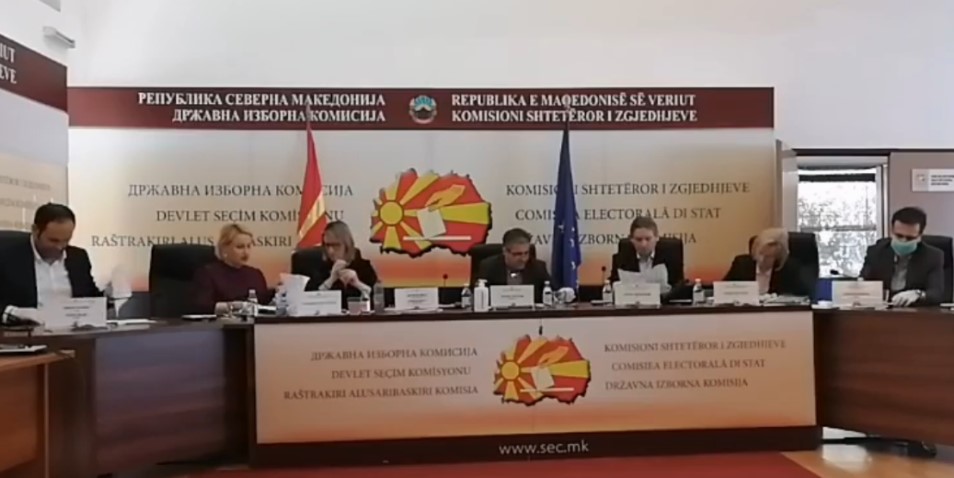 The certificates were presented to the authorized representatives of the coalitions and political parties that won MP seats.

Branko Georgievski, authorized representative of SDSM-led coalition “We Can,” who was presented with MPs certificates, thanked all those who participated in this election process.

Derkoski presented MPs’ certificates to VMRO DPMNE-led “Renewal for Macedonia” coalition to one representative from each electoral district, and wished them success.

The party secretary-general Igor Janusev who obtained the rest of the certificates, thanking everyone who voted for VMRO-DPMNE-led coalition said that despite all the election irregularities, especially during the campaign, the opposition parties still succeeded to win more votes than the ruling party.

Parliament names one of Zaev’s top cronies to the Constitutional Court, Apasiev from Levica helped provide the quorum

With 61 votes in favor, the Parliament elected one of the top cronies of the Zaev regime in the judiciary, judge Dobrila Kacarska, to the Constitutional Court. The ruling majority made up of SDSM, DUI and BESA, which has struggled to gather enough votes to even begin sessions, made this appointment its...
Macedonia 26.11.20 | 15:50