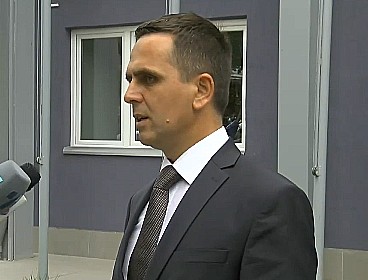 Agents of the Financial Police department – which is often used as a cudgel by the Zaev regime against his political opponents – today raided the Tetovo City Hall. The raid comes only days after an opposition official – BESA party leader Bilal Kasami – assumed the office of Mayor from DUI’s Teuta Arifi, who he defeated in the local elections.

Kasami said that the raid is over a case that is a full decade old and could not be linked to his very recent administration, but that he sees the raid as a form of pressure from the SDSM – DUI Government.

Given the crisis situation we are in, where we can barely manage our current balance account, and still haven’t been able to pay out salaries as our accounts are frozen, we also have to deal with uninvited guests from the Financial Police. I see this as political pressure, Kasami said.

Kasami only recently left the Zaev Government, following a bitter dispute with DUI. Zaev and Ahmeti responded by poaching one BESA member of Parliament, with the apparent use of force and bribery, and Zaev also said that he still considers BESA to be part of his coalition as he struggles to go over 61 votes in Parliament. Pressure on Kasami is likely part of his “negotiating tactics”.