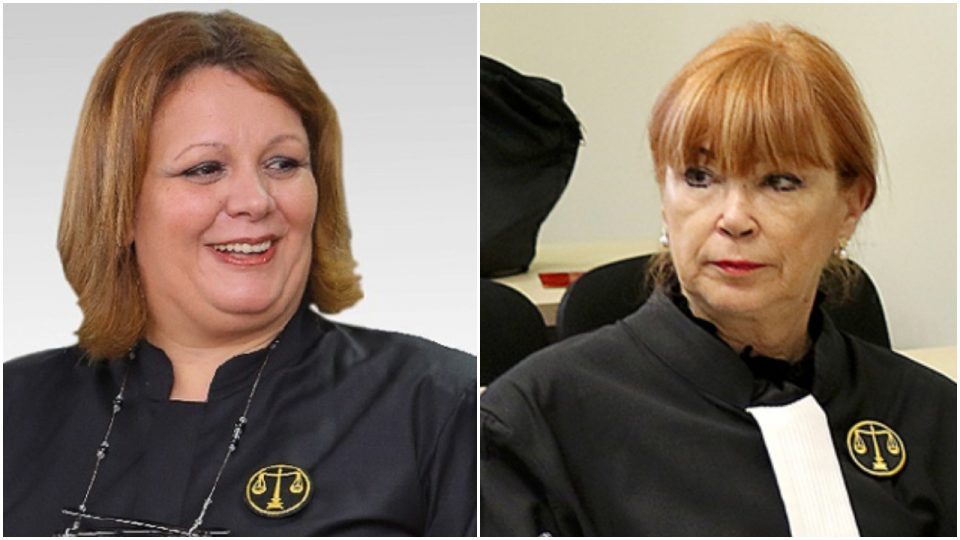 During her closing argument in the major Racket trial, prosecutor Vilma Ruskoska lunged into the main defendant, former Special Prosecutor Katica Janeva, who is on trial for racketeering. Ruskoska portrayed Janeva as a person who still lives in her own movie, and sees herself as a “Charlie’s Angel” – the over-hyped propaganda representation of Janeva and her assistants that was promoted during the SDSM party led Colored Revolution.

We saw that the good was put in service of the evil, Ruskoska said. “All by herself, with her actions, Janeva toppled the Special Prosecutor’s Office”.

Janeva was given almost unchecked power as she launched partisan tainted investigations against VMRO-DPMNE officials, clearing the way for the SDSM party power-grab. She was praised by diplomats in Skopje and the international media, in exactly those terms – as a crime fighting “Charlie’s Angel”.

Journalists and major media outlets who praised Katica Janeva to the skies, are now silent about her scandal

Not content to use her power for political gains for SDSM, Janeva also initiated criminal investigations into businessmen she then extorted for money.

When Jordan Kamcev came to my office and told me how much money he was asked to pay up, I couldn’t believe it, Ruskoska said. Kamcev recorded Janeva’s associates as they took 1,5 million EUR from him, promising that in exchange Janeva will drop her charges against him.

According to Ruskoska, one of those accomplices, Bojan Jovanovski – Boki 13, knew more about the trial against Kamcev than did Janeva’s assistant Lile Stefanova who was nominally in charge of it. Ruskoska also pointed to the fact that the judge in this trial, Vesna Dimiskova, had her brother go to Kamcev and ask for millions to represent him – which would’ve led to absurd levels of conflict of interest.
But Ruskoska did not charge the brother and sister Dimiskovi, or prosecutor Stefanova, who was suspected of separately asking for bribes. No officials of the ruling SDSM party were charged in the case, despite the wealth of evidence that the party leadership, including leader Zoran Zaev, knew, if not directed the extortion. Boki 13 recently testified how Zaev tipped him off that he is being followed for the extortion he is conducting, but this was not reason enough for Ruskoska to even question Zaev.

The opposition VMRO-DPMNE party noted that the Racket trial was more of a cover-up of the actual culprits, chief among them Zaev.

Arsovski: If there was justice instead of the perpetrators, the person who ordered the racket – Zaev would be in court