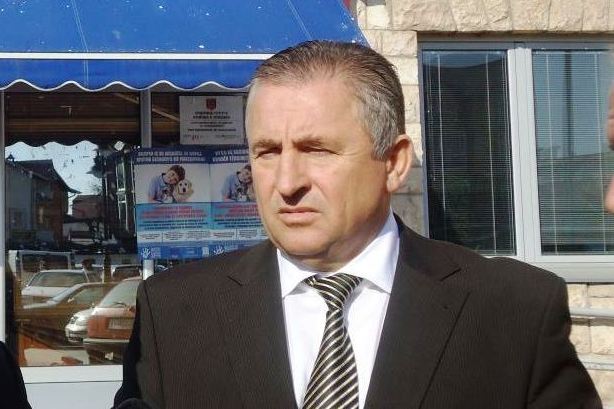 The city of Struga officially informed the Macedonian Government that Mayor Ramiz Merko is giving up his authority related to construction and development in the city. Merko initially informed that he is undertaking this unusual move due to death threats aimed at him, and now he says that he just wants to end the widespread criticism of Struga.

Merko was accused of standing by as developers were setting fire to the environmentally important patches of reeds along the lake in order to expand their beaches. Then, he famously went to Ohrid for the opening of the unlawfully built pizzeria owned by his fellow DUI party regional boss Nefi Useini.

Prime Minister Zoran Zaev recently threatened that if Useini doesn’t tear down his pizza restaurant, and the city of Ohrid is powerless, the Government will do it. Now Merko asks the Government to undertake all such decisions in his city.

Considering the latest events and the political situation in the country, I have decided to give my prerogatives in the area of urban planning, issuing of construction permits, legalization of unlawfully built construction and concessions to you. I hope that you, as a central Government, with your available resources, will show better understanding and vision for the needs of the business community and the municipality of Struga, Merko writes in a letter addressed to the Zaev Government.

He goes on to blame Ohrid for having more unlawfully built homes and commercial real-estate, adding that Struga faces a negative campaign in order to cover up the problems in Ohrid. Both municipalities make up the lake Ohrid region which is protected by UNESCO as part of the world heritage. The region risks being stripped of this title if the environmental degradation and development continue unchecked.

Young couple of Albanians from Struga killed in Melbourne, the wife’s father is the main suspect

Osmani turns somber, says EU relations are too complex and outcomes are difficult to predict