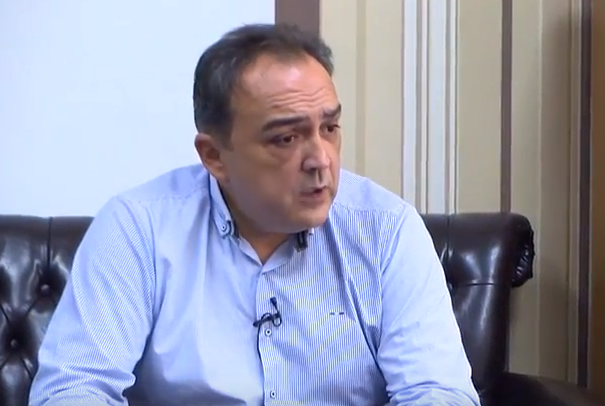 First and foremost, I would like to inform you that the case of illegal deprivation of freedom or “kidnapping” of Mr. Jordan Kamcev is already subject to observation and review by several international entities of the Council of Europe whose mandate is the protection of basic human rights, as well as of analysis and publication in renown media outlets outside Macedonia. The reason and purpose for which this press conference is scheduled is the appearance of the famous note by a “concerned citizen” in Macedonia and its interpretation by the Public Prosecutor for Organized Crime, Ms. Vilma Ruskoska, that it is not evidence in the case for which Mr. Jordan Kamcev has been detained, Toni Menkinoski, Jordan Kamcev’s lawyer, told the media on Sunday.

He says it was a big lie, and in order to convince the public he presented all court decisions depriving Mr. Jordan Kamcev of his freedom, where explicitly one and only piece of evidence is the note of the National Security Agency.

We do not know if they were scared by the content of the note, so now they are trying to lie that it is not evidence in the case, and as we know and as the Macedonian public saw, the note is empty and does not contain anything, he said.

Menkinoski says that neither the pre-trial judge, nor the Criminal Court, nor the Court of Appeals want to pay attention, and they consider this note as the only evidence in their decisions.

VMRO-DPMNE: Is Zaev arresting Kamcev so that he doesn’t tell everything he knows about the Racket case?!