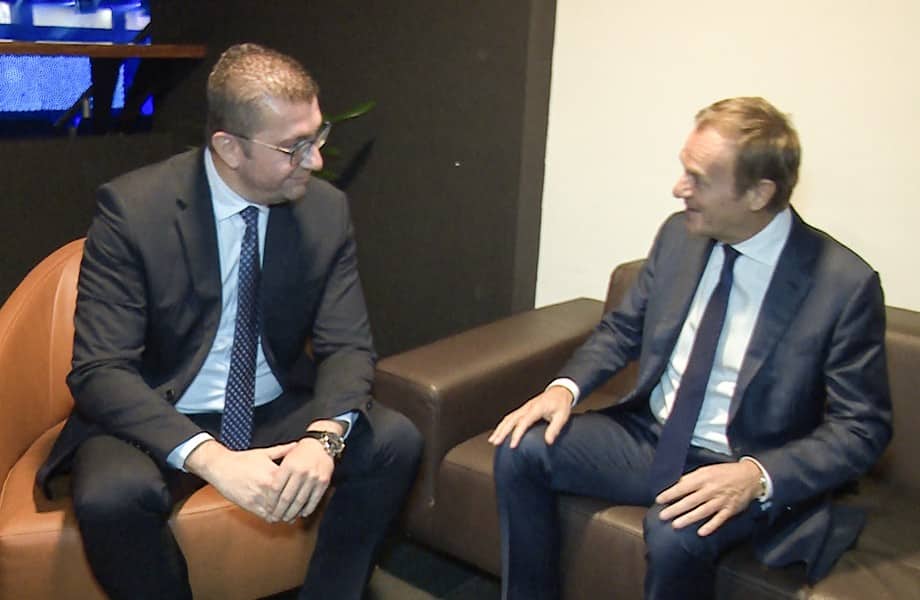 As Mickoski said, they discussed the health and political situation in the country and the region.

In a friendly conversation, I expressed my deep concern over the explosion of the coronavirus pandemic and the huge progression of the virus that directly endangers the health of our citizens. I emphasized my assessment that the Government and the Commission on Infectious Diseases, which operates under political dictation in these complex conditions, have no strategy or plan to overcome the crisis that leads to taking ad hoc measures without sustainable effect. In the conversation we reached a mutual agreement that first the government and other responsible entities need to jointly defeat the coronavirus, and only then to conduct credible and free elections that will reflect the will of the citizens, because everything else would further accelerate the virus spread with new victims and it would be irresponsible to the citizens, said Mickoski.

We agreed to continue mutual communication and to monitor the situation with the economic and health crisis in the coming period, he said.