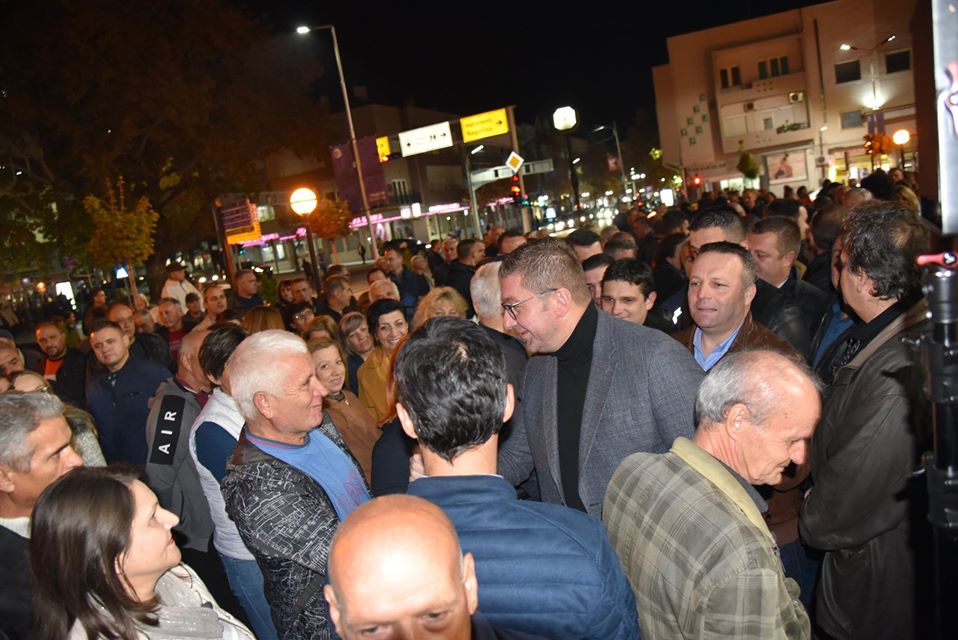 More than 35,000 letters, suggestions, problems, directions reached VMRO-DPMNE as a result of this activity on the ground, but also what arrives at the party headquarters. Therefore I can say that it exceeded expectations when we actually started this action, and that was to get as many suggestions, as many directions as possible, as many tips as possible, to hear the problems of our fellow citizens so that we can come up with solutions to these problems in the program we are preparing for the next early parliamentary elections, VMRO-DPMNE leader Hristijan Mickoski said Thursday during his visit to Kavadarci as part of the “Talks for Renewa; of Macedonia”.

Mickoski in Kavadarci: Let’s break the lies and unjustified hopes that the government brings

When we started in late September, it was still not certain that there would be early parliamentary elections, although we as VMRO-DPMNE, as the largest political party in Macedonia, as opposition in the case, repeatedly insisted that the people should decide in early parliamentary elections as soon as possible whether we were really shining, or whether Macedonia has never been in a worse state as we used to say, as the largest political party and opposition in Macedonia, Mickoski said among other things.

The president of VMRO-DPMNE in Kavadarci said he was confident in the wisdom of the citizens.

Hristijan MickoskikavadarciTalks for Renewal of Macedonia