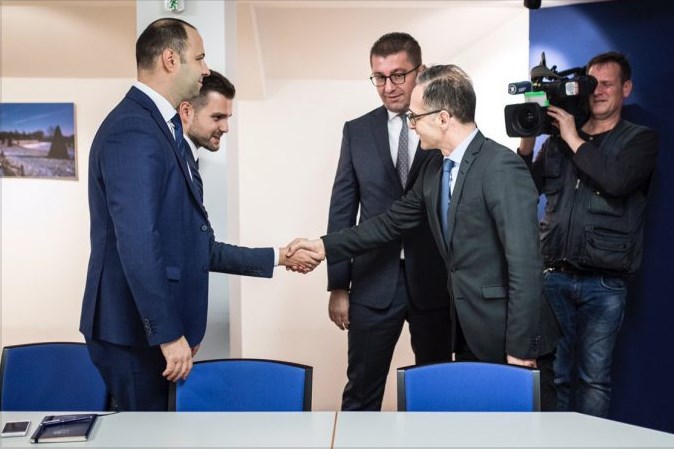 VMRO-DPMNE President Hristijan Mickoski met with the German Foreign Minister Heiko Maas today, to discuss the situation in Macedonia, including the major corruption scandals involving the Zaev Government and the EU integration process, the opposition party said in its press release.

Mickoski pointed out that the country is about to undergo changes, caused by the economic but also the political failings of the current Government which have badly affected the lives of the citizens. The Euro-agenda of the Government is at a dead end, even as joining the EU remains the top strategic priority of the Republic of Macedonia, VMRO-DPMNE said in its press release. 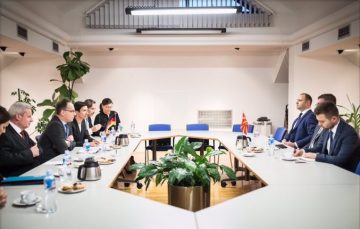 The party also says that “President Mickoski discussed to the high level crime and corruption cases which need to be dealt with resolutely”.

The new, VMRO-DPMNE led Government will work to improve the living standards of the citizens and initial results will be felt in its first 100 days. We see a sincere and strong ally in Germany and we stand ready to deepen our cooperation in all areas of mutual interest, especially in driving the European agenda forward, Mickoski told the German Foreign Minister.