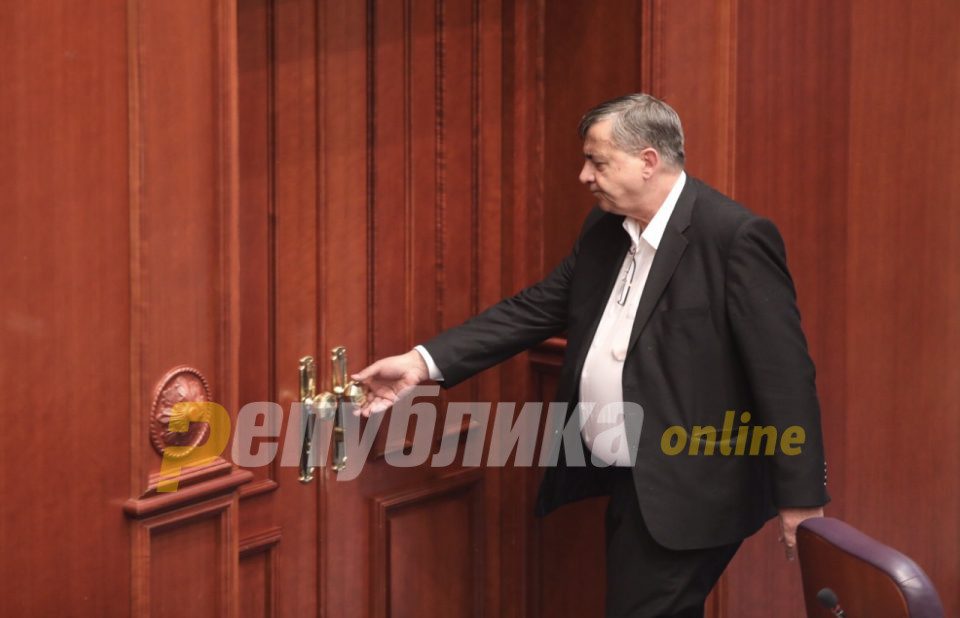 The son of Panco Minov has been employed in a budget office in the Parliament, shortly before the vote on the adoption of the Law on Public Prosecutor’s Office, Republika has learnt. We requested confirmation for this information from GROM MP, Minov.

Yes, he is employed through a foundation. My son should be hired somewhere, Minov told us, protesting that, as he said, for asking him private questions.

He declined to say when his son got the job.

Is the story of the constitutional changes that changed the constitutional name repeated when lawmakers were literally bought to push through such a solution? It is not known whether the employment of Minov’s son is part of a package offer to vote on prosecution law, but casts doubt that the same scenario is being prepared.

It is not disputed that Minov’s son was hired. It is disputable that he was employed in the Parliament, and according to the information, shortly before the vote. It will be even more controversial if Minov votes ‘in favor of” the PPO law.

Republika published yesterday that several political parties are briefing that pressure on MPs and the vote-trading is only ten hours after SDSM leader Zoran Zaev said he had consultation until early in the morning to secure 80 lawmakers to pass the new law on public prosecution. Similar to when the constitutional amendments were voted in, there are promises of enormous sums of money for MPs who will vote for the new PPO law. In case they refuse, some lawmakers are also threatened with being held accountable for serious crimes. Something similar happened when the voting on the change in the constitutional name of the state took place.

The trade also includes other benefits such as hiring close people to those who vote, as well as promises to award public contracts for companies close to the MPs.

Repetition of constitutional changes voting, this time pressure on MPs over the PPO law vote

Elderly mother and her disabled son from Veles died in March, three to five weeks before the bodies were found

Son stabs his father to death in Skopje