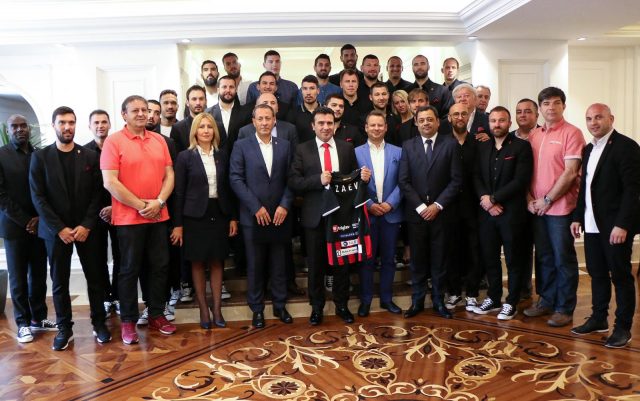 From the reception of the champions in 2017

Just like two years ago, this historic victory in the most elite European Handball League will pass without recognition and rewards for the Vardar team by Prime Minister Zoran Zaev and the government of the Republic of Macedonia. Then the only thing that the handball champions received from Zaev was a reception, water, coffee and juice, while he received a gold medal from the club and a Vardar jersey.

This year, as the Government said in the brief telephone conversation with Republika, at least for the time being, there is no plan to allocate funds as a reward for the handball players of Vardar. Their official position and statement on the Vardar team were supposed to be sent to the media during the day, but until the publication of the text, the answer was not received.

In the 21st century, there is a hybrid regime in Europe, and they promised change, better life. Their rule has turned into a hybrid regime in which they are turning the country around. And how else would it be with so much crime and high-level corruption, with a pardoned leader in power and fraud...
World 23.01.20 | 11:56