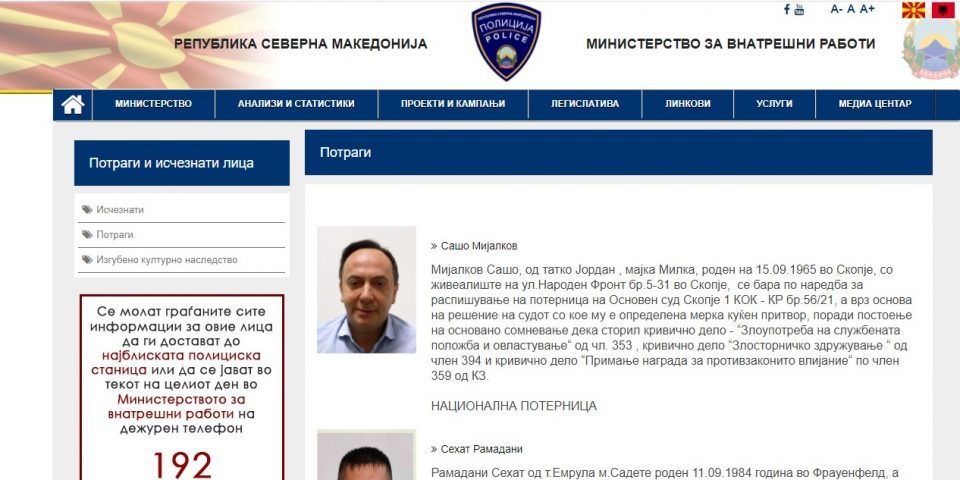 While Interior Minister Oliver Spasovski remains silent about the spectacular escape of former security chief Saso Mijalkov, prosecutor Vilma Ruskoska is doing the rounds of media outlets to detail how the latest rule of law failure is not her fault but that of the police. Ruskoska in detail described to the public how the prosecutors were trying to alarm the police that Mijalkov is planning to flee.

On Saturday early afternoon I received an information that it is possible that Saso Mijalkov may try to flee and I spoke on the phone with Interior Minister Oliver Spasovski. I told him to look into the reports I’m receiving. At 15h, Spasovski called me and asked me to put what I said in writing. I did and around 22:30 I was given a report from the police – basically the same report I gave them. My reports were unconfirmed, from a source. I could not claim with certainty, because if the National Security Agency has no information, how am I to claim something?, Ruskoska said. 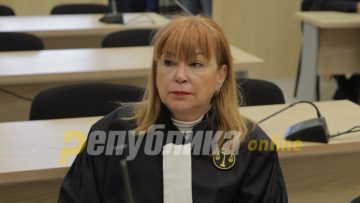 In an interview with 360, Ruskoska added that she re-checked with her source and responded back to the police that on a scale from 1 to 10, his certainty that Mijalkov will flee is at a 7. Ruskoska also briefed that she was urging the court to speed up with approving the house arrest order after the prosecutors made the request on Sunday.

The prosecutor is close to Prime Minister Zoran Zaev, but was also key in removing Special Prosecutor Katica Janeva, another Zaev loyalist, from her office. The opposition VMRO-DPMNE party claims that Mijalkov’s escape was part of a deal he struck with Zaev and Spasovski, after he provided them with the votes they needed to rename Macedonia and continued to act to create factions in VMRO. Zaev expressed his disappointment but stopped short of pledging to resign or remove Spasovski, while Spasovski is MIA.