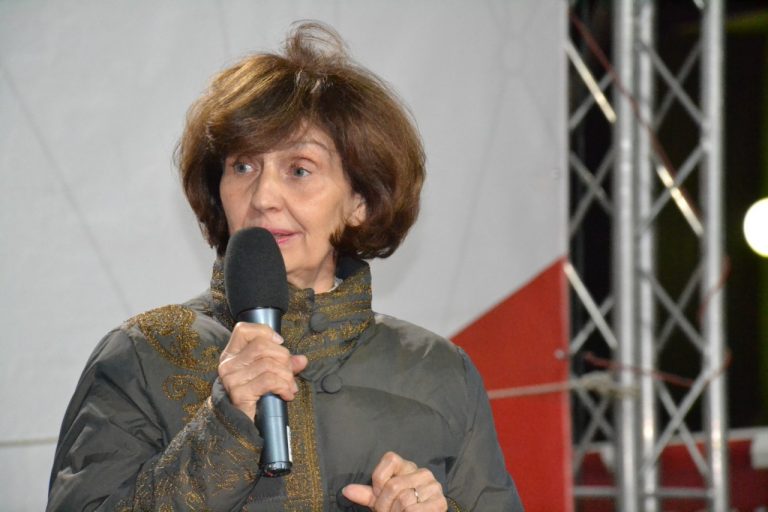 VMRO-DPMNE presidential candidate Gordana Siljanovska – Davkova accused the Zoran Zaev Government of lacking any understanding about what it means to rule in a democratic country. According to the law professor and critic of the Prespa treaty, Zaev’s Government is only competent in the areas of crime and corruption and in nepotistic flooding of the public sector with party loyalists.

Their corruption, their crime, they undermine the sovereignty of Macedonia, they turn Macedonia into a weak, failed state. All decision making has been reduced to small groups of 2, 3, 4 party officials, in informal circles and informal structures that make decisions on matters of national importance. I neither support this nor will practice this, Siljanovska said during her rally in Kratovo. 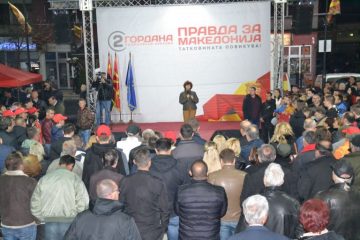 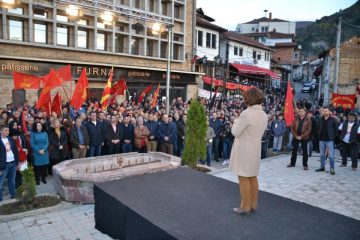 In near-by Kriva Palanka, Siljanovska accused Zaev of failing to fulfill the many projects and promises he made in the years before assuming power.

He promised you a fight against poverty, for the most vulnerable, he swore he will defend the welfare state. But as 40 percent of our citizens fight for their lives each day, you see him riding fancy cars, motorcycles, speedboats. Is this social-democracy?, Siljanovska asked.

In an enduring theme of the election, Siljanovska was attacked about the modesty of her son, who was ridiculed by SDSM party supporters on social media for spending a day playing music in the park and sharing the money with poor Roma kids. Siljanovska quickly responded by pointing out the ridiculously gauche pictures Zaev’s family members have shared on their social media accounts from various international resorts.