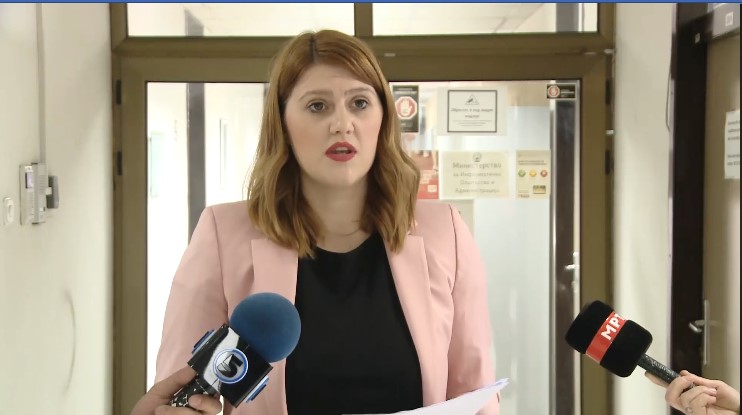 The Government is trying to limit the freedom of the press just as critical media are posting key questions about corruption and abuse of office, said interim Deputy Public Administration Minister Nevenka Stamenkovska – Stojkovski. Stamenkovska, who is appointed to the Government by the opposition VMRO-DPMNE party, was responding to several attempts by the SDSM party led Government to use an unofficial list of news sites to limit the ability of critical sites to post questions or even report on the coronavirus epidemic.

The list, prepared by left leaning organizations, exempts some of the best read and most critical news sites, including Republika. The news sites were initially banned from attending the online press conferences held to inform the public on the epidemic, and then were not allowed to report on the overnight curfew.

We are witnessing thousands of new partisan job hirings, suspicious procurement in the healthcare system where Mininister Filipce is paying four times above market prices, we have the highest number of infected doctors and nurses in the region, disastrous management of public finances, a private sector meltdown and journalists are being arrested for criticizing Zoran Zaev. And the Government responds by banning the press from asking questions!, Stamenkovska said.

In her statement, Stamenkovska insists that the Government has no right to exclude media outlets from asking questions or to select which outlets will be allowed to send press crews to report on the curfew.

The Government is trying to use the fear and anxiety our citizens are feeling while their focus is on the epidemic to introduce censorship and media monopoly. It is trying to undermine the credibility of critical media outlets and to force them to alter their editorial policy. ZNM and SEMM are doing a great job but, as they themselves said, their registry is not an official or unique registry of online media outlets and it leaves out news sites who meet the criteria to be allowed to work during the curfew or ask questions during official press conferences, Stamenkovska said.

Government gives in to pressure from journalists and the media