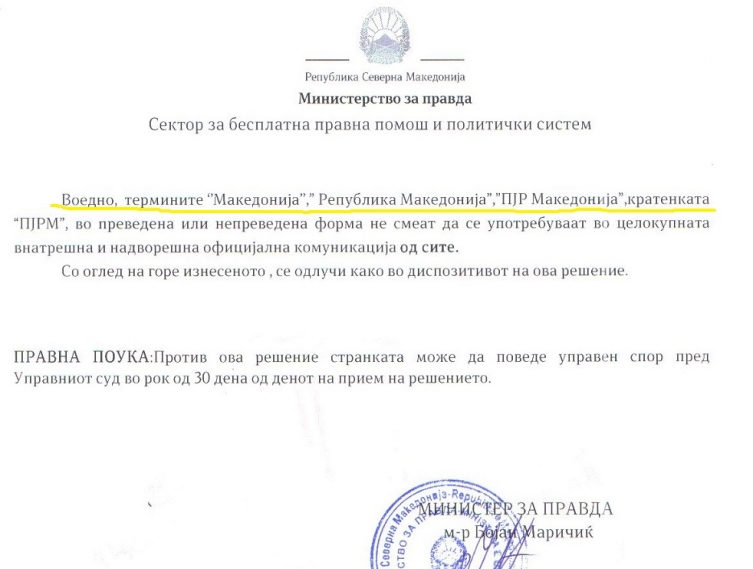 The Justice Ministry has begun to refuse the registration of organizations that contain the name Macedonia. In a decision signed by Justice Minister Bojan Maricic, an organization that sought to register itself using the name Macedonia in its title was turned down and informed that, according to the Prespa Treaty, the word Macedonia and its derivatives can’t be used unless the Ministry approves this.

Under the treaty, Macedonia is forced to use the imposed name “North Macedonia” for public institutions, even when mentioning them in the short or adjective form. But private institutions are not mentioned in the treaty, other than the obligation that the two countries come to some compromise on trademarks.

Macedonia celebrates the 30th anniversary of its independence