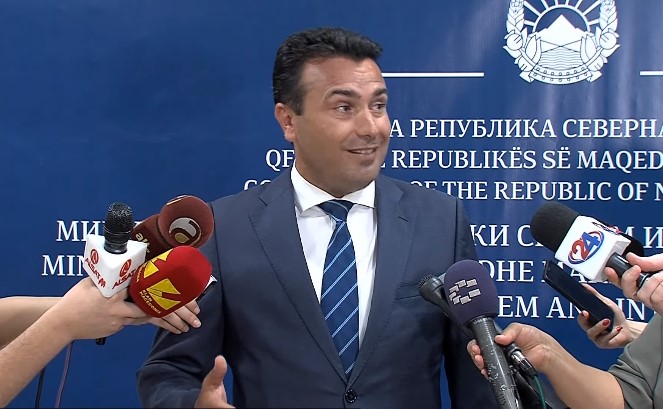 The Republic of Macedonia is ruled by a criminal and totalitarian regime that prosecutes anyone who disagrees with despot Zoran Zaev. The judicial system is captured by the pardoned Zaev and his crime group and only serves to clash with his political opponents, VMRO-DPMNE says.

That Macedonia is a country subject to political persecution has been also confirmed by Sweden which has refused to extradite one of the defendants in the “April 27” case on the grounds that the case is politically motivated and is not being conducted in a fair, legally established procedure. Another confirmation that Zaev controls the judiciary has also come from a senior official in the ruling majority. Blerim Bexheti, the mayor of Saraj, said that Zoran Zaev personally pressured and influenced the change of judges, the party said in a statement.

In a situation when Europe demands independent judiciary from us, it turns out that Zaev interferes in the justice system and keeps the judges and prosecutors in the Republic of Macedonia under his control. That is why the investigation into the “Racket” case has not been expanded and is being delayed in order to gain time and destroy evidence implicating Zaev. There is no citizen of the Republic of Macedonia who believes that Zaev is not the head of this criminal octopus who extorted money from businessmen across the country. The entire public heard the La Verita recordings and was convinced that justice was being destroyed in Macedonia. Everyone has heard how Katica Janeva uses her position to extort millions, along with Boki Tredici, protected by Zoran Zaev!

Whole Europe, the party emphasized, is commenting on the criminal reality that is taking place in the Republic of Macedonia, which is being orchestrated by the criminal Zoran Zaev.

The European perspective of the state is seriously endangered only because of Zaev’s crimes and corruption and the cartel around him. There must be accountability for all this. Macedonia needs to be renewed. Therefore, it is necessary for Zoran Zaev and SDSM to leave immediately in order to restore justice and the rule of law in the Republic of Macedonia, emphasize VMRO-DPMNE.

Janusev: VMRO-DPMNE to increase the average salary by 25 percent