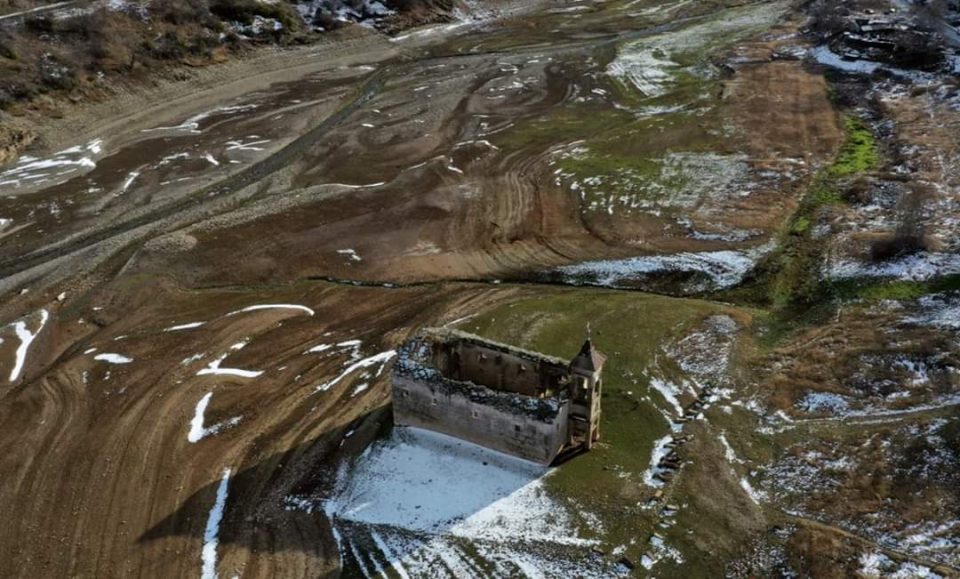 Infomax journalist Aleksandar Mitovski who blew the whistle on the dramatic drop in water levels on lake Prespa, warns that a similar danger is developing on the Kalimanci artificial lake, that is important for watering the rice paddies along Bregalnica river.

The water is gone. It’s probably the first time in Macedonian history since independence that all lakes, natural and artificial alike, are below their biological minimum. Kalimanci was once the second largest such lake in former Yugoslavia, and now is at a quarter of its capacity. It will have dire consequences for the rice farmers, Mitovski said.

Less dangerous, but very symbolic, the famous “sunken church” St. Nikola in Mavrovo, is now completely on dry land. The church is normally half submerged under the artificial Mavrovo lake.