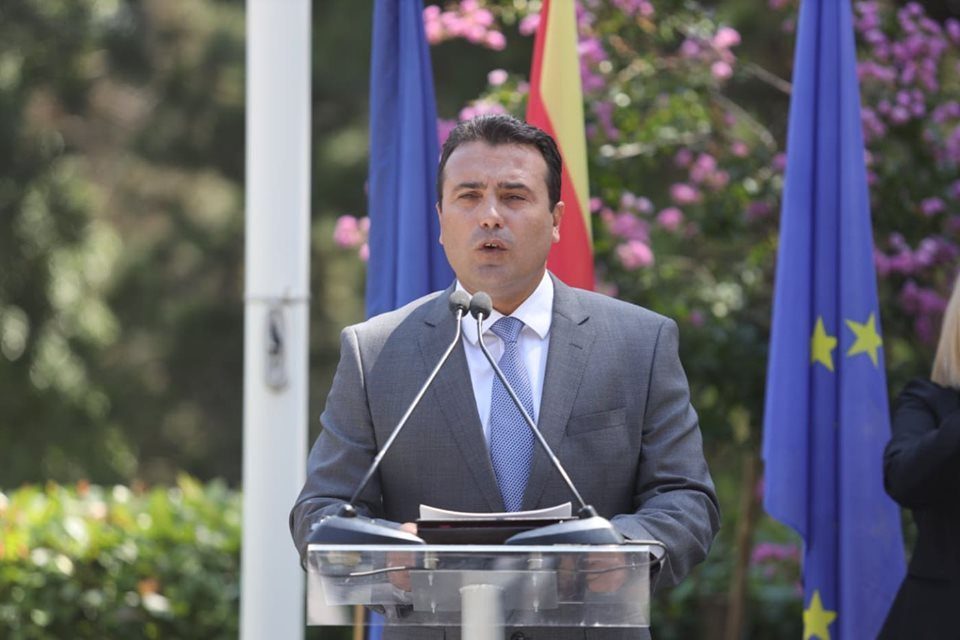 SDSM party leader Zoran Zaev confirmed that he doesn’t have the votes necessary to from a Government. Today he was given the mandate by President Stevo Pendarovski, during a brief ceremony in Pendarovski’s office, where the President barely gave a few courtesy remarks.
Zaev then said that he now has 20 days to formalize a coalition, insisting that he will likely do it in less time. But when asked by the press, he acknowledged that he doesn’t have the 61 votes he needs yet.

It’s an honor and a responsibility as leader of SDSM and the coalition to receive the mandate from President Pendarovski to form a new, European, democratic and responsible Government. From this moment, there is a deadline of 20 days during which we have the task to prepare programs and personnel choices which the Parliament will approve, Zaev said, when asked if he has the needed majority.

He said that he will meet with DUI party leader Ali Ahmeti again today. With 15 votes, DUI holds the key to the creation of any Government, short of a grand coalition that would involve both major parties – VMRO-DPMNE and SDSM. Zaev was asked about his disparaging comments aimed at DUI during the bitter election campaign, when the two parties fought for the Albanian vote. Zaev called DUI leader Ali Ahmeti a criminal and mocked his campaign slogan “why not an Albanian Prime minister?” by saying “why not DUI as an opposition party?”. In response, Zaev said that the voters have made their decision and gave DUI enough seats to influence the outcome.

Zaev also hinted at his practice to buy and bribe members of Parliament from other parties. When he was told by the press that even with DUI he would barely have 61 seats, he said that he also had a narrow majority in the past Parliament, but it grew, at times even to two thirds majority. Zaev accomplished this by using the judiciary to prosecute opposition members of Parliament, as well as by bribing some of them with public contracts or government jobs.