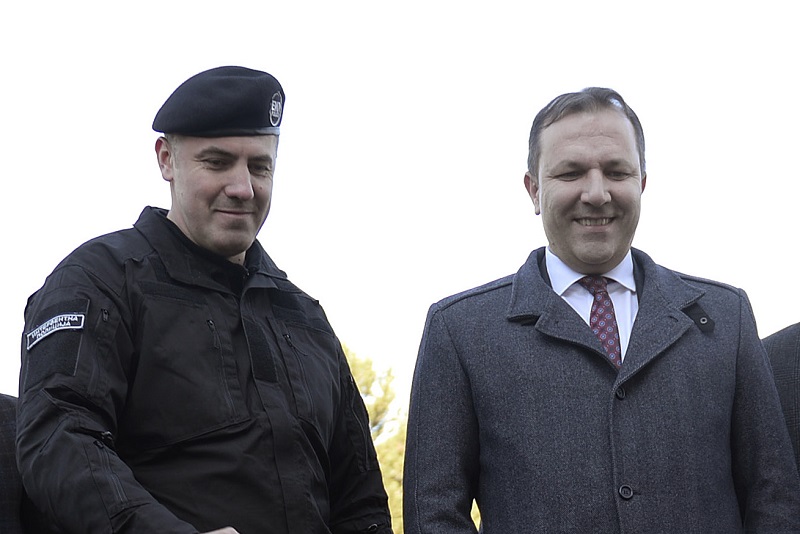 Overnight, the outgoing Interior Minister Oliver Spasovski signed about a hundred orders to redistribute police officers into new assignments, the opposition VMRO-DPMNE party has warned. According to VMRO’s Orce Georgievski, this is being done to tie the hands of the incoming opposition nominated interim Interior Minister, who should take over from Spasovski on January 3rd.

Interior Ministry employees were called in their homes to come and receive their new assignments. Spasovski is issuing new orders on December 30th, at night, like a criminal. If this was a regular and lawful operation it would’ve been done transparently, and not in the last three days before he is set to resign, Georgievski said, adding that VMRO is receiving reports that many of the assignments are not even prepared in the Ministry, but are sent there “from the outside”, implying the headquarters of the ruling SDSM party.

Spasovski is set to resign on January 3rd and a VMRO nominee should take the his place for a period of 100 days, as Spasovski takes over from the outgoing Prime Minister Zaev. The changes are being done precisely in order to put an end to the abuse of the public administration by SDSM, but it seems that the ruling party is trying to send loyalists to key positions before it relinquishes the control of the Interior Ministry.

In a controversial move, Spasovski disbanded the Alfa fast response unit, and is replacing it with a new, similar unit. Like in the case of the abolition of the notorious UBK security service, this allows Spasovski to appoint SDSM party loyalists to the “new” service. According to Georgievski, besides the partisan abuse of the vital institution, these moves have eroded the security in the country.

Our citizens see daily how the criminals are taking over our cities. They will not forgive you, and neither will the Interior Ministry employees who are now being shuffled around, Georgievski said.