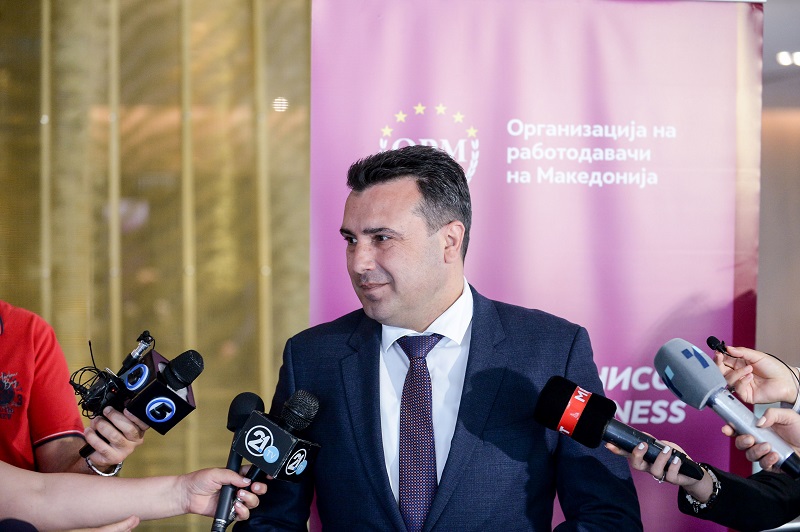 Zoran Zaev jumped to the White House declaration issued yesterday, to declare that the United States openly support his regime. President Biden announced sanctions against all who undermine four treaties in the Balkans – and included here the 2001 Ohrid treaty and the 2018 Prespa treaty – and Zaev is the signatory and main proponent of the latter.

This decree is the greatest acknowledgement of the values my Government represents. Crime and corruption destroy our democratic societies and this is a serious message of encouragement and additional motivation. This is also a message to all who block, undermine and grumble. Prespa and Ohrid are valued a lot in the United States – the US aided these treaties, Zaev said.

Zaev’s Deputy Prime Minister Ljupco Nikolovski made a similar statement: “This is a strong message from our strategic partner to those who block and delay processes in the state! The citizens of North Macedonia decided to strongly stand behind the Ohrid and Prespa treaties and these are the foundations of our new path, of our modern society, transformed after a European model with stable inter-ethnic relations”, Nikolovski tweeted.