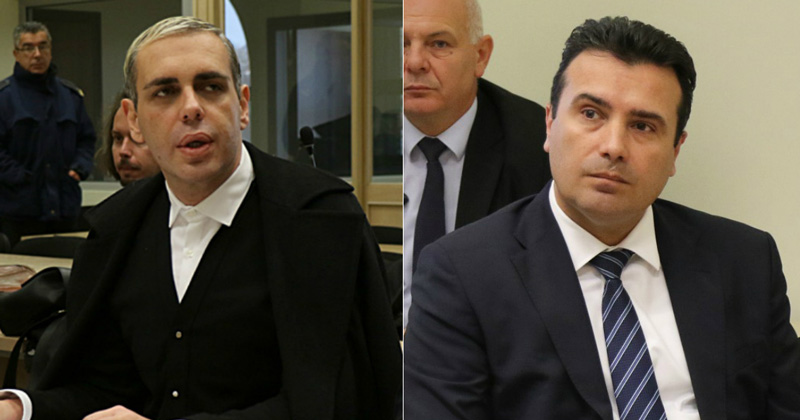 SDSM party leader Zoran Zaev admitted that the brief audio recording, in which he is heard discussing the business of suspected extortionist Bojan Jovanovski – Boki 13 is authentic. This comes after months in which Zaev denies that he had close links with Boki 13, who is charged with extorting millions of euros from businessmen, with the help of Special Prosecutor Katica Janeva, but also using the influence of the ruling SDSM party.

In the recording Zaev is heard discussing Boki’s businesses with someone, and he shows detailed knowledge of where Boki 13 got his money from, including one source which is now being criminally investigated. Zaev also says that he helped out Boki’s 1TV television.

Whenever we talk about a marketing approach we talk about approaching everybody evenly. And we have also helped the 1TV channel, and Sitel and Kanal 5 TV, and in exchange we would get serious marketing availability through which we would present our policies. Look, I’m talking to you openly that this was a time when there was no evidence or indications and nobody came to me to present that something was going on, it was six months before the Racket scandal, and as a conscientious head of a Government I if I had been presented with a certain suspicious funding I would ask where it comes from. He says that he got the money from some guy in Croatia and from other sources, Zaev said in his first public remarks after the audio tape was presented.

VMRO-DPMNE member of Parliament Antonio Milososki, who first presented the tape to the public, after receiving it from a whistleblower, today gave it to the office of organized crime prosecutor Vilma Ruskoska, and asked her to interrogate Zaev in relation to the “other sources” of funding, namely the extortion of about 750.000 EUR from a Bitola based businessman, which Zaev was at the very least informed of, if not involved in.

Zoran Zaev was close to Boki 13, would meet with him to discuss Boki’s “business ventures” and the 1TV channel, which was opened quickly after Zaev grabbed power in Macedonia, was one of the main mouth-pieces of his regime. Besides Zaev, his brother Vice Zaev was also asked to explain himself today, after it was revealed that he was meeting another of the defendants in the Racket scandal – Zoran Mileski – Zoki Kiceec. Vice took a different approach from his brother and denied meeting Kiceec, despite the fact that the press covering the Racket trial clearly saw the two together at one of the surveillance videos that were presented before the court.