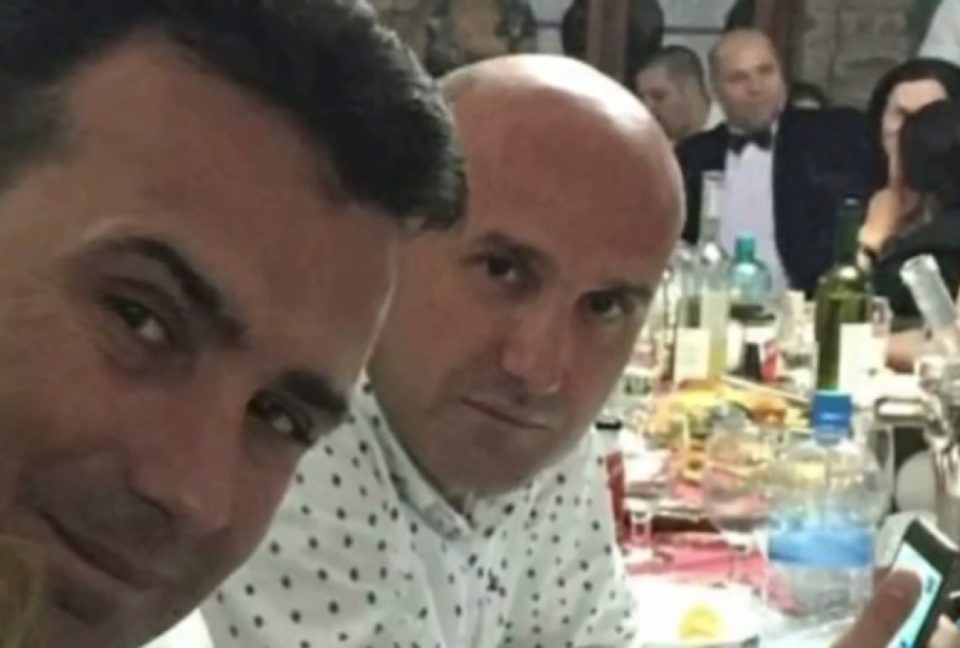 There is no other European country where the brother of the Prime Minister is seen meeting the perpetrators of a major corruption scandal. Zoran and Vice Zaev need to be held accountable for their links with the Racket scandal, said VMRO-DPMNE Vice President Aleksandar Nikoloski, after it was revealed that the ruling family was closely linked to the racketeering group.

During the Racket trial, a surveillance video revealed Vice Zaev meeting with Zoran Mileski – Zoki Kiceec, one of the three defendants in the trial. Vice Zaev was accompanied by Vane Andreev, Zoran Zaev’s lawyer and business partner. Prosecutor Vilma Ruskoska attempted to show the video, as part of the cache of surveillance evidence, without elaborating it and did not even release the audio, and it was up to the journalists in the courthouse to notice that the video actually shows one of the defendants with the brother of the then Prime Minister. Other video evidence showed Kiceec coming to the Government building through a back entrance and defendant Katica Janeva being driven in the direction of Zaev’s residence on Mt. Vodno.

Moving forward, we can’t consider the Racket scandal an isolated case, or an oversight, as the Government wanted us to believe. This is state organized racketeering which includes the Prime Minister and his brother. For two days we have complete silence from Zoran and Vice Zaev about their meetings with the defendants, including Zoran Mileski, who is already sentenced in this case. They need to explain to the public what Zoran Zaev discussed with Katica Janeva during their meeting in August. If Zaev reported this case of high level extortion to the prosecutors, as he claims, what was his brother doing meeting the chief suspects in this case?, Nikoloski said.

Nikoloski asked the court why is it withholding the audio from the surveillance recordings. Nikoloski called out the former Interior Minister Oliver Spasovski, who handled the material, to clarify what was contained in the audio recording.

After the election of a new Government on April 12, the public will have all the answers. The Racket scandal will be investigated in detail and it will be determined who was at the top of the extortion. It’s certainly not these three defendants who we see in the courthouse, they are just the executors. The brain of the operation is at the top of the SDSM party and that is the Zaev family, Nikoloski said.