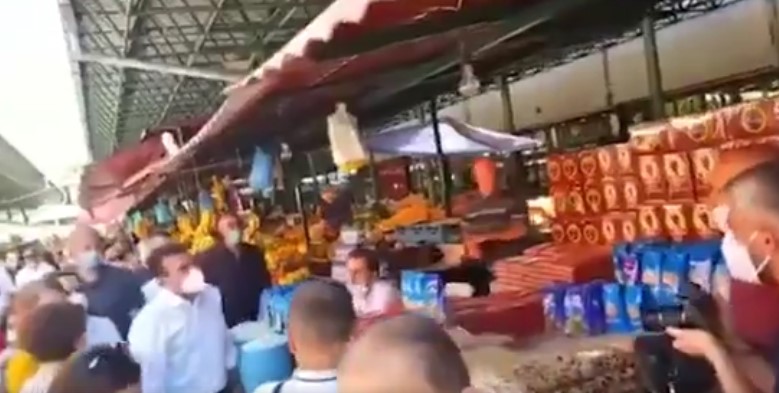 Zoran Zaev had an unpleasant exchange that was caught on camera as he was promoting his latest election promises at the Tetovo farmers’ market. He was confronted by several men who told him he can’t count on the votes of ethnic Albanians any more because he betrayed his past promises.

The man, joined by others, said that “you’re only saying we will do this, we will do that, and nothing gets done”. Zaev is campaigning hard in majority ethnic Albanian districts such as Tetovo, hoping to displace DUI as the strongest Albanian party, if he can’t  beat VMRO for the Macedonian votes. He even insisted that DUI was weak on the language law and that he, and SDSM, managed to make Macedonia bilingual – a position that alienates even more of his remaining Macedonian supporters.

Tetovo has remained exceptionally badly served by basic infrastructure, with very high levels of air pollution and lack of water in the fast expanding city.