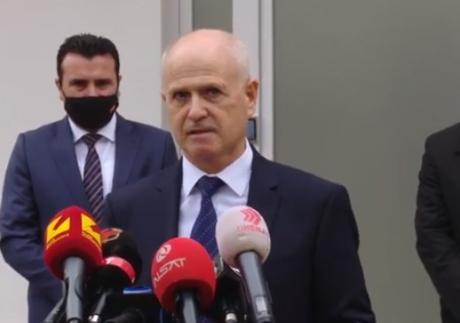 Prime Minister Zoran Zaev defended his decision to sack chief product safety inspector Stojko Paunovski by claiming the was “stubborn” and failed to implement a Government decision. Paunovski, a fried of Zaev and an official of his SDSM party, refused to admit three dozen unqualified ethnic Albanian “diversity hires” in the DPI product safety inspection service which he managed, and was fired under pressure from the Albanian members of the Government.

There are comments that I resented his defiance of me. Defiance is a value, even when it comes from an institution, but stubbornness and refusal to implement a Government decision about the ethnic make-up that was defined in the ethnical code is not added value, Zaev said in a written response about Paunovski’s sacking.

Zaev adds that Paunovski was refusing to communicate with the Government on this issue, and that he should not have gone public. His firing caused much criticism, including in SDSM party circles, and an unprecedented petition signed by 90 percent of all DPI employees who asked that Paunovski remains in office.