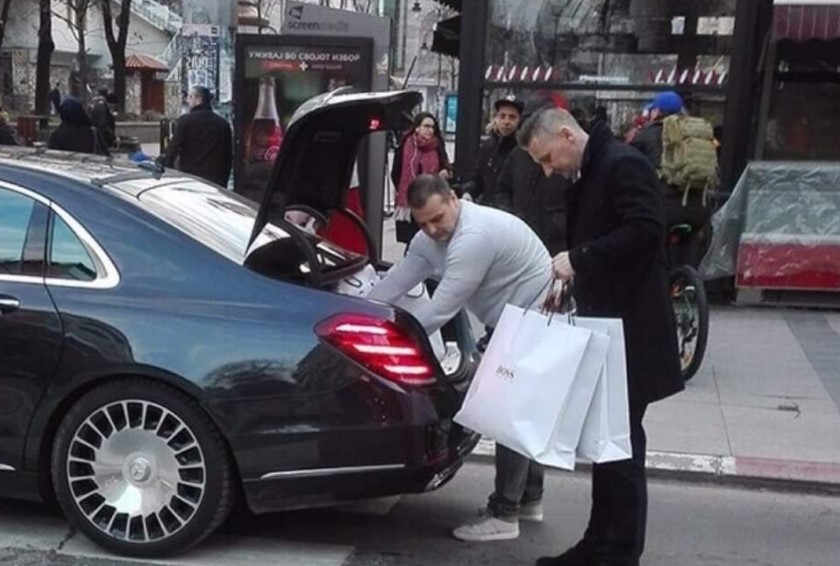 In a written letter to question submitted by a VMRO-DPMNE member of Parliament, Prime Minister Zoran Zaev insisted that the seizure of 200 kilograms of marijuana from a farm near Bitola was a successful operation and there is no need for accountability at the Government level. The drugs were seized three weeks ago, and it reportedly came from a farm owned by the Zaev family. The drugs were escorted by the personal driver of Zorn Zaev’s cousin Trajce Zaev (pictured), and by Kire Spirkoski, the police commissioner of Prilep.

I have no intention to ask for a resignation from Interior Minister Oliver Spasovski for an operation that was conducted successfully. I have no right to think about it and I will support professionalism in upholding the law, no matter who the perpetrators are close to, what societal circles they belong to or what institutions they work in or don’t work in, Zaev said inthe letter to VMRO member of Parliament Petar Risteski.

It’s a typical response from Zaev when people close to him are caught involved in crime and corruption – which happens with increasing frequency – that he praises the institutions for acting in an unbiased manner. The Zaev regime greatly expanded marijuana growing in Macedonia, issuing licenses to his cronies and family members. The drugs are ostensibly grown for cannabis oil extraction but it is widely believed that they are smuggled out of the country and sold on the black market. The investigation stopped short of going after higher officials and still hasn’t revealed details about the owners of the marijuana farm.

Interior Minister Spasovski was protected by the Zaev coalition during a vote of no confidence earlier this week in which VMRO-DPMNE representatives were not allowed to ask questions. Spasovski personally appointed commissioner Spirkoski to his position even after VMRO warned about his links to organized crime.

Also typically for Zaev, his response contained allegations that the VMROP member of Parliament who asked the question was allegedly a friend with a police officer from Prilep who was a violent cocaine user.