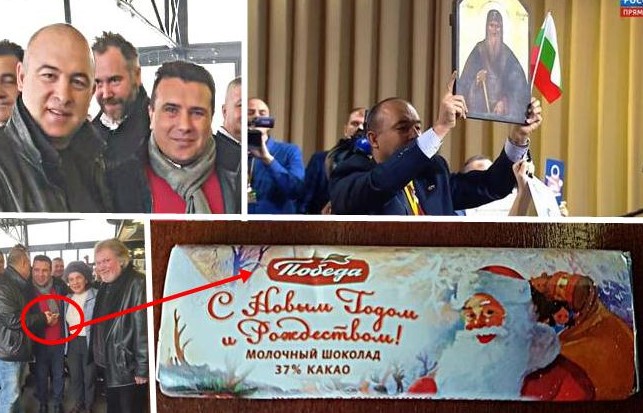 During the Epiphany ceremony in Ohrid, SDSM party leader Zoran Zaev met with a Bulgarian journalist who is the head of a pro-Russian movement in Bulgaria, and who recently interrupted President Putin’s annual press conference to deliver a star-struck speech.

Atanas Stefanov, who styles himself a “people’s diplomat”, shared pictures from his meeting with Zaev in Ohrid. Stefanov presented Zaev with a Russian “Victory” chocolate bar.

Will this meeting lead to warmer ties between Russia and “North Macedonia”? Such alternative diplomatic routes can only help the good neighborly relations of our countries, said the Bulpress news site, which is ran by Stefanov and published the report of their meeting. 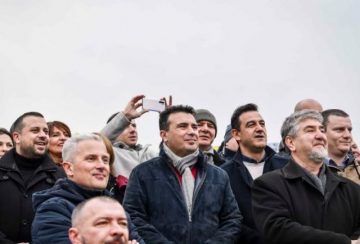 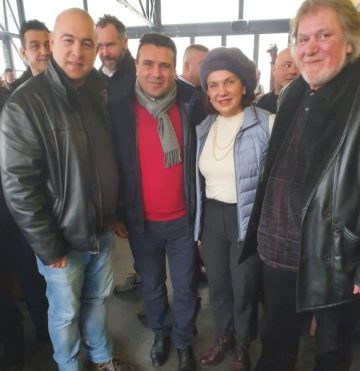 Stefanov was recently in the news when he got up during President Putin’s press conference waving an icon of St. John of Rila and a Bulgarian flag. “We in Bulgaria love you very much President Putin, and I’ve brought you a present in that honor. It is an icon of the protector of the Bulgarian and the Russian people”, Stefanov said while Putin looked on, amused.

Stefanov is deputy head of the Friends of Russia and the Orthodox world association in Bulgaria. He is also a prolific creator of social media groups and reports, which promote Russia in Bulgaria. Anti-Russian groups have named him the leading pro-Russian troll in Bulgaria.