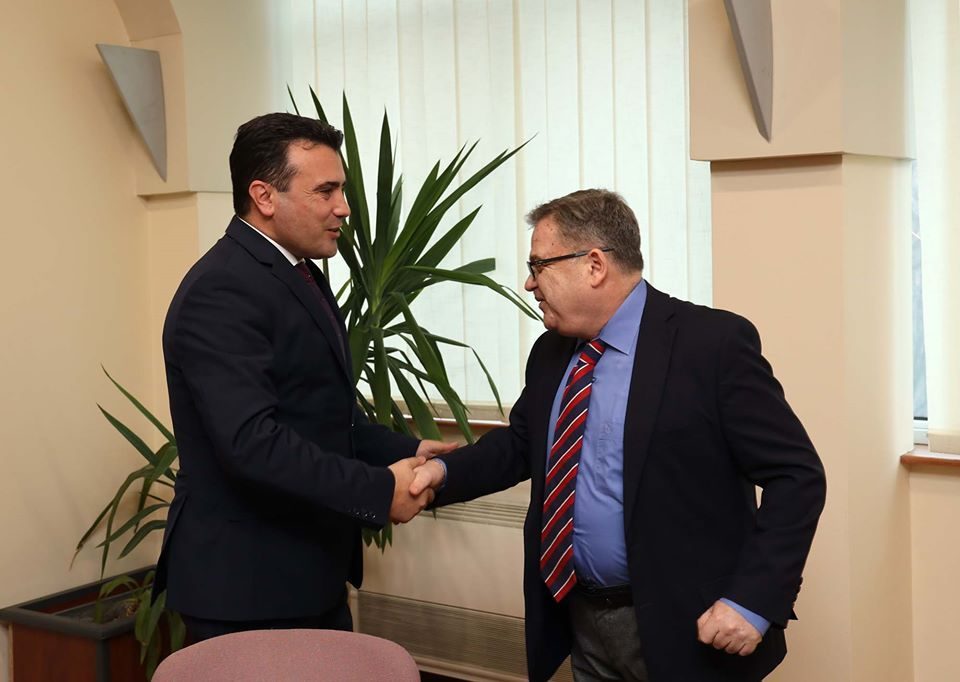 Zoran Zaev met Monday with the French Ambassador to the Republic of Macedonia, Christian Thimonier.

At the meeting, they discussed a number of topics, such as Macedonia’s EU integration process, implementation of reforms, but also the current political situation and the work of the interim government tasked with organizing early parliamentary elections in April.

The messages that these days came from European Union officials show that the European Commission has a plan and that returns our optimism. We hope that the new methodology will be developed soon and that it will offer a fair approach to both us and the EU. On the other hand it is good for us as a state to make further arguments to the EU by adopting the Law on Public Prosecutor’s Office. It is important to demonstrate democratic capacity and the Law to enter the Parliament and be adopted. The Law on Public Prosecutor’s Office is important for the judiciary and the state, Zaev said.

Referring to the topics related to the elections, Zaev emphasized that now that the opposition has representatives in the government, it is necessary for everyone to take responsibility not only for organizing fair and democratic elections, but also to proactively act so that the citizens can use their voting rights in larger numbers.

Zaev also pointed out that SDSM is ready for elections, that it is finalizing the preparation of the election program that SDSM is drafting together with target groups, experts, trade unions and chambers of commerce.

French Ambassador Thimonier expressed confidence that the EU would draft a new methodology that would be in the interest of the EU candidate countries and that Macedonia would continue with the integration process. Ambassador Thimonier welcomed Macedonia’s progress, adding that there was still room for progress in reforms, which required the adoption of the Law on Public Prosecutor’s Office, as well as the strengthening of the fight against crime and high-level corruption.