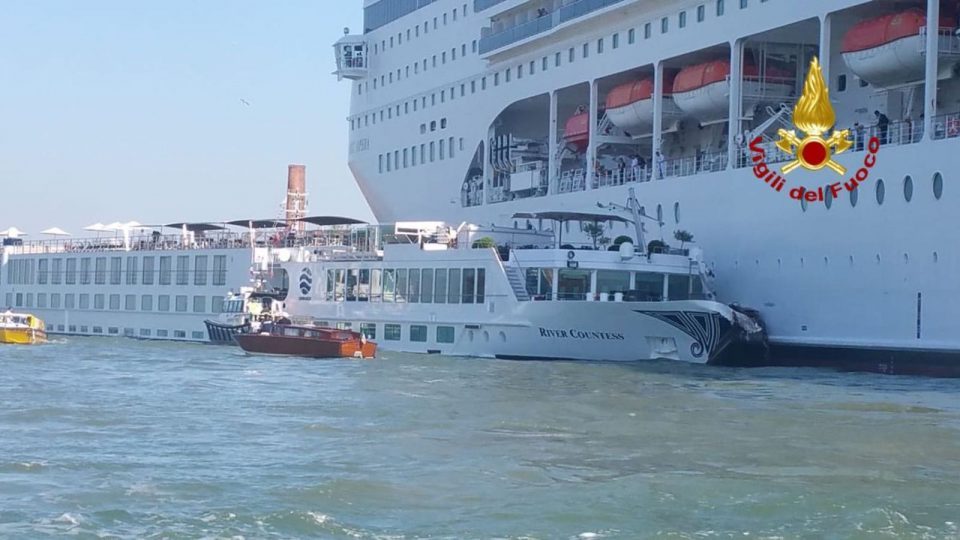 A towering cruise ship has struck a dock and a tourist river boat on a busy canal in Venice, injuring at least five people, Italian media reported, Al Jazeera reports.

The collision happened about 8:30am Sunday on the Giudecca Canal, a major thoroughfare that leads to Saint Mark’s Square in the northeastern Italian city.

Video of the crash shows the cruise ship, apparently unable to halt its momentum, plowing into the much smaller river boat and the dock as dozens of people run away in panic.

Venice is a tremendously popular site for both tourists and cruise ships, especially during the summer tourist season.

This occurred at 09:00 this morning in Venice, another reason if it was needed why Cruise ships should be up close in Venice…#Venezia #Venice #nograndinavi pic.twitter.com/VyBQwZ7gT1