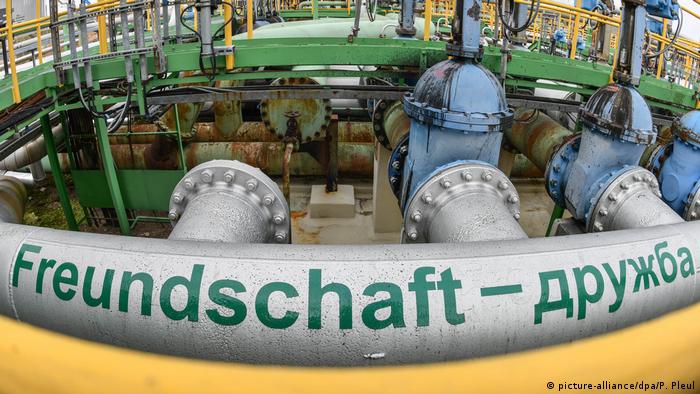 The 27 EU member states reached a compromise on new sanctions on Russia by exempting Russian oil imported by land to the bloc in a deal agreed at a Brussels summit late Monday.

“This immediately covers more than [two-thirds] of oil imports from Russia, cutting a huge source of financing for its war machine,” European Council President Charles Michel wrote on Twitter after the first day of the two-day summit extraordinary EU leaders’ summit.

Oil imports by sea, which make up around two-thirds of all oil imports from Russia to the European Union, will be fully halted by the end of the year, European Commission President Ursula von der Leyen said at a press conference after the talks.

Von der Leyen said oil imported via the giant Soviet-era Druzhba pipeline which connects Russia with several Eastern and Central European countries is exempt from the sanctions for the time being.

Hungary and others lobbied hard for the exclusion of the pipeline, which currently carries around one-third of EU imports of Russian oil and part of which runs through Ukraine.

Germany and Poland however announced they would phase out their pipeline oil imports voluntarily, meaning the ban will cover “almost 90% of all Russian oil imports by the end of the year,” von der Leyen said.

A joint statement from the 27 EU member states resolved to return to the exemptions for Russian oil imports via the Druzhba pipeline “as soon as possible” but left unclear an exact timeline.

In order to secure Hungary’s backing, other EU countries not only agreed to exempt the pipeline oil from the ban but also promised “emergency measures” to ensure Hungary’s oil supply safety in the event of damage to the pipeline flowing through war-torn Ukraine.

Monday’s deal falls short of a complete embargo on Russian oil imports as initially proposed by the European Commission in early May.

The original full oil embargo proposed almost four weeks ago was rejected by Hungary and criticised by other landlocked central European countries due to their strong dependency on pipeline oil imports from Russia.

The practical details of the political agreement will be subject to further technical negotiations in the coming days.

The countries also agreed on up to €9 billion ($9.7 billion) in financial aid for Ukraine to help the state meet public costs including paying wages and keeping hospitals and schools open amid the Russian invasion. The exact form of the aid, in grants or loans, has not yet been agreed.

Zelensky also warned EU leaders about the dangers of Russia’s blockade on Ukraine’s ports for global food prices and the risk of another global migration crisis as a result.

A “large-scale famine in Africa and Asia will mean a threat of a new large-scale migrant crisis for southern and south-eastern Europe,” Zelensky said, describing Russia’s tactic as “food blackmail.”

EU leaders continued to debate efforts to end a dependency on Russian energy imports and surging energy prices as a result of the Ukraine war late into the night.

Talks are to return to Russian energy dependency on Tuesday morning as well as focusing on global food security and EU defence investment. Chairman of the African Union Macky Sall is to join the meeting via video link.