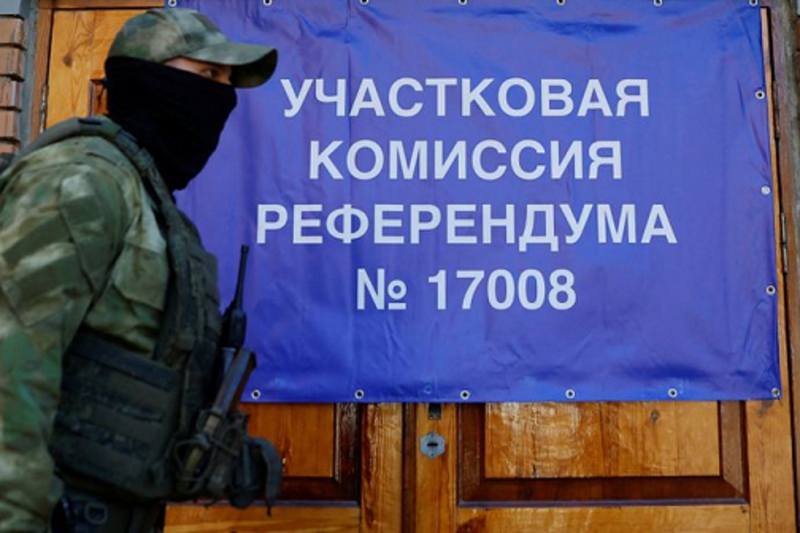 Four Russian-occupied regions of Ukraine are due to be annexed to the Russian Federation on Friday afternoon.

Kremlin spokesman Dmitry Peskov said on Thursday that President Vladimir Putin would sign the annexation treaties in a ceremony in St George’s Hall in the Grand Kremlin Palace at 3 pm (1200 GMT).

Putin also plans to deliver a speech at the ceremony, where the Moscow-appointed leaders of the four regions are also expected to be present.

Russian occupation authorities in the regions of Luhansk, Donetsk, Zaporizhzhya and Kherson held referendums in the past week which they said showed an overwhelming majority in favour of leaving Ukraine and joining Russia.

Ukraine and Western powers denounced the five-day vote that ended on Tuesday, saying the results were a foregone conclusion that would never be recognized internationally. There were reports of residents being coerced into voting, sometimes at gunpoint.

In some regions, the occupation authorities reported over 99% approval.

The areas in the east and south of Ukraine have been occupied since soon after the start of the invasion by Russian forces in February.

The Russian leader said last week that Moscow would see Ukrainian attacks on the annexed regions as attacks on Russia itself and would use all means to defend them – a thinly veiled reference to nuclear weapons.

Together with Crimea, nearly 20% of Ukraine’s territory is under Russian control, although Kiev has reclaimed some of the occupied territory in recent weeks.