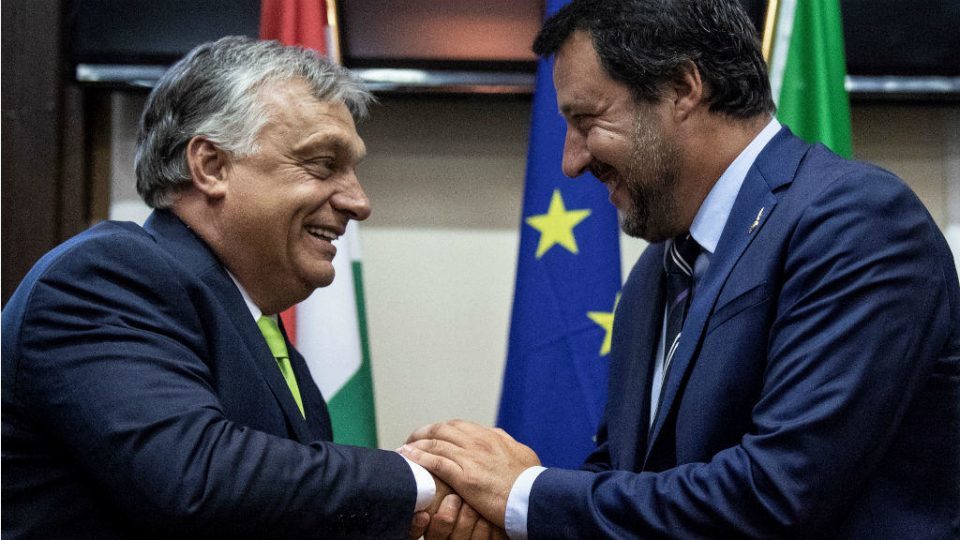 Prime Minister Viktor Orbán expressed his appreciation in a letter to the leader of Italy’s League party Matteo Salvini, and thanked him for his efforts to stop the influx of illegal migrants into Europe.

We, Hungarians, will never forget that you were the first Western European leader to make an attempt to prevent illegal migrants from flooding Europe via the Mediterranean Sea, the prime minister’s press chief Bertalan Havasi quoted from the letter.

“Irrespective of future political developments in Italy and of the fact that we belong to different European party groups, we consider you as a brother in arms in the fight to preserve Europe’s Christian heritage and stop migration,” Orbán’s letter said.

Besa’s parliamentary group will not be with SDSM in the Parliament as of today, MP Kastriot Rexhepi confirmed for “Republika”. MPs from the Besa movement informed President Xhaferi that instead of the parliamentary group “We can” they will act separately. We are part of...
Balkans 21.09.20 | 15:33

VMRO-DPMNE: This criminal government brags about the demolition of the illegal building near “Mavrovka” and they themselves allowed it to be built there