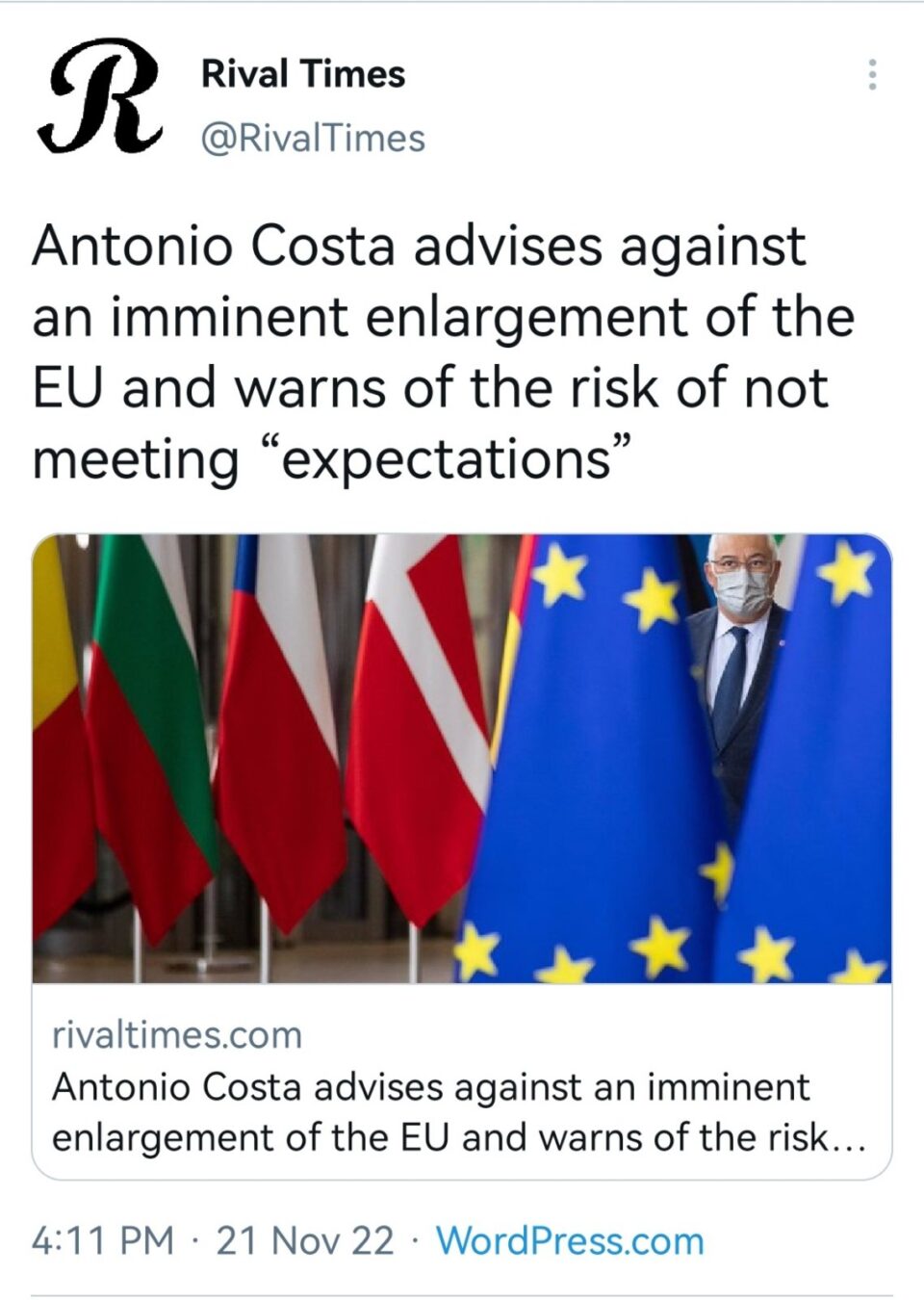 Portuguese Prime Minister António Costa squashed all hopes of the candidate countries for membership in the European Union, with the statement that the EU is not in conditions to expand to new members.

In a conversation with the Portuguese editorial office of CNN, Costa referred primarily to Ukraine, which hopes to receive a quick admission to the EU, as a European response to the war started by Russia. Costa also pointed to the Balkan countries, which he said to have received many promises from the EU, and warned that we must lower our expectations.

The EU has very clear criteria for the accession of new Member States but, unfortunately, it does not have criteria regarding its own capacity to welcome these new Member States, said Costa, who favors being “clear” before potential applicants.

With the current institutional structure, with the current budgetary architecture, the European Union is not in a position to meet the expectations that it is creating, added the Portuguese Prime Minister.

Portugal was one of the most active members of the EU in preparing the new obligations towards Macedonia, in order to satisfy the Bulgarian demands.

The Portuguese proposal preceded the French proposal, which has now become an obligation that the entire EU imposes on Macedonia – to accept Bulgarian demands in the field of the Constitution, history and, apparently, identity. During these negotiations, while Portugal held the presidency of the EU, the Portuguese Minister of Europe Ana Paula Zacarias made an extremely controversial statement in which she said that the “language of Macedonia” was part of the Bulgarian language throughout history.

Osmani: EU enlargement in the region is becoming a security issue

Thanks to the Czech Republic and Slovakia: EU conclusions on “misinterpretation of history” not adopted