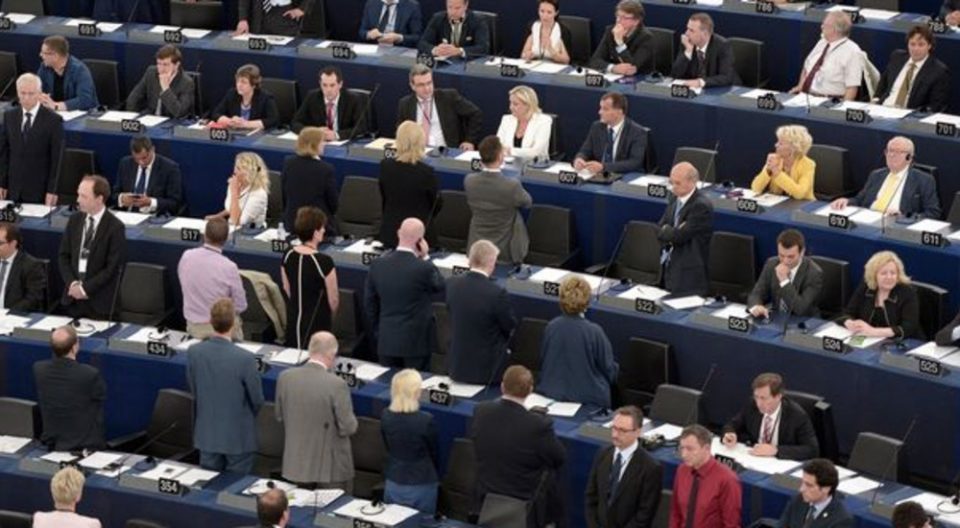 It was a rambunctious start for the European Parliament’s new five-year session Tuesday: Brexiteers, Catalan independence backers and others disrupted the normally solemn proceedings with protests, AP reported.

Some lawmakers refused to stand as a jazz ensemble started playing the EU’s anthem — Beethoven’s ‘Ode to Joy’ — while others, notably from Britain’s Brexit Party, turned their backs on the proceedings.

There was a protest against the decision to deny Catalan separatist Carles Puigdemont taking his seat, while others defended a German ship captain held in Italy in a standoff over migrant rights.

After the formal opening, normal proceedings soon resumed at the 28-nation legislature, which represents some half a billion people and one of the world’s biggest exercises in democracy.

The disruptions highlighted divisions among lawmakers just as EU leaders were battling in Brussels over who will take the union’s top jobs.

May elections saw the highest turnout in decades and set the scene for a more fractured parliament, handing more power to far right and environmental parties. Mainstream conservative and socialist parties still have the most seats, but their dominance is diminished, so finding consensus is expected to be harder.

British lawmakers were not even meant to be in the European Parliament at all anymore. But since Britain’s government and parliament have failed to agree on a Brexit deal, a hasty campaign was organized and the Brexit Party now takes up most of Britain’s European Parliament seats — at least until the U.K. withdraws for good.

Yet Britain’s departure is just one of many challenges facing the EU’s new legislature. The EU and its Parliament set trade policy on the continent, regulate agriculture, oversee antitrust enforcement and set monetary policy for 19 of the 28 nations sharing the euro currency.

Zaev and Dimitrov suffer defeat in the European Parliament: Instead of criticizing Bulgaria, the annual report ends up critical of Macedonia