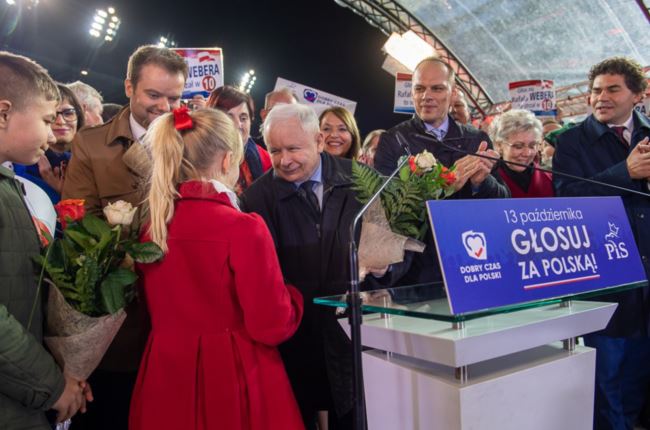 The Polish right wing PiS party won the general elections with 45 percent of the vote, far ahead of its nearest rival – the centrist – conservative Civic Coalition with 22.3 percent.

With this result, PiS can expect a majority in the Seym of 239 seats out of 460, reprising its previous result.

The left wing coalition is far behind the conservative parties with 10 percent of the vote, followed by two other right wing parties.

Hungarian Prime Minister Viktor Orban, who sees Poland as a key ally in the Visegrad group, was first to congratulate to PiS leader Jaroslaw Kaczynski on his win.