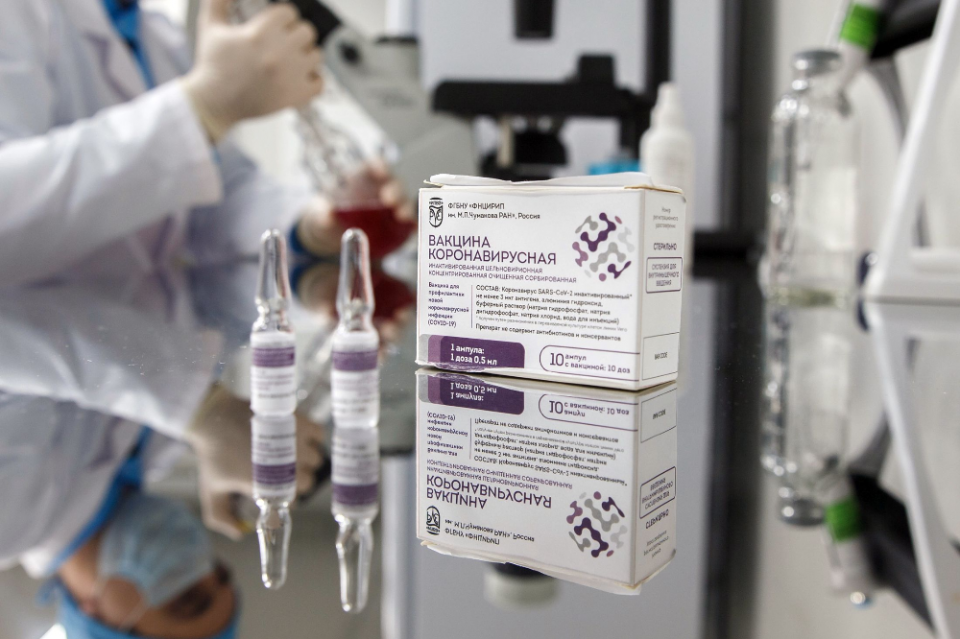 Russia has approved its third vaccine in the fight against the coronavirus, Prime Minister Mikhail Mishustin said on Saturday.

The first 120,000 doses of the vaccine, CoviVac, are expected to be shipped in March, he said, noting that “Russia is the only country today that already has three vaccines.”

Scientists worldwide initially cast doubt on Sputnik V, as it was registered before the results of phase 3 studies were made available.

But it has since been found to be more than 91-per-cent effective, according to a study published in the medical journal The Lancet, and it has now been approved for use in some 30 countries.

A second vaccine developed in Russia, called EpiVacCorona, was registered in October. Some 80,000 doses have been produced and, according to reports, should also start going into arms in March.

Some 20 million doses of CoviVac are expected to be produced by the end of the year.

While there is no conclusive CoviVac clinical trial data yet, Russian authorities say interim evidence points to an efficacy rate of more than 90 per cent.

According to Vice President Tatyana Golikova, Sputnik V is being produced at seven sites with more expected to come online soon.

She urged people over the age of 65 to receive their vaccination.

Even though Russia had a big lead in the vaccine race, so far only 2.2 million people in the country have received at least one of two necessary injections, or about 1.5 per cent of the population.

So far, even 68-year-old Kremlin leader Vladimir Putin has not been vaccinated, according to Russian media.

Basketball: Russia beats Macedonia 94:77, ends almost all hope for a place in the European Championship

Triumph or escape from the end – confidence, but not people’s trust

With a thunderous applause, 62 votes were greeted, which supposedly mean endorsing the government in the confidence vote. The Prime Minister Zoran Zaev himself asked for a vote of confidence, without debate, without discussing the omissions, the wrong policy, the bad negotiations, the changes in the...
Macedonia 03.03.21 | 22:17