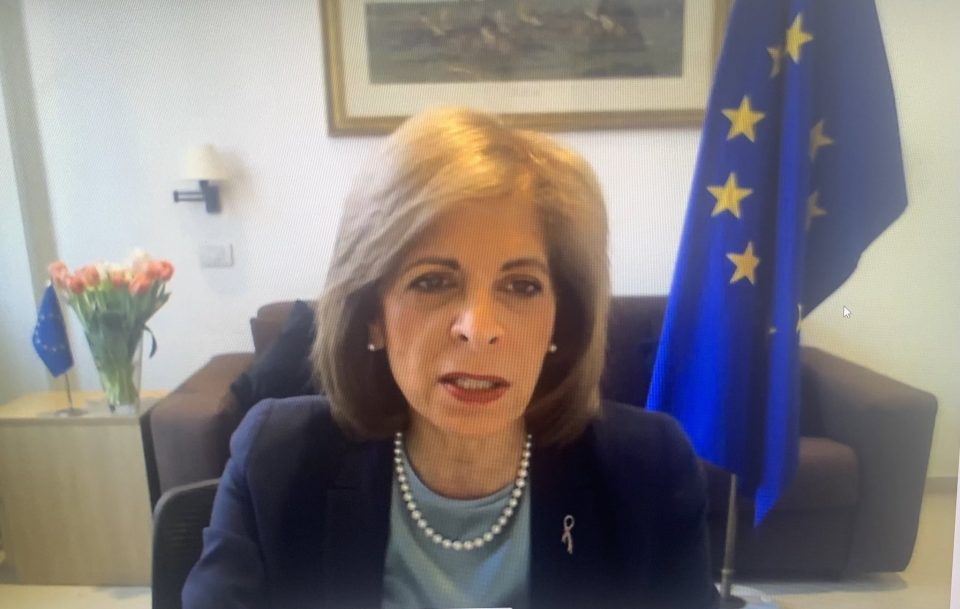 The V4 news agency continues its extensive reporting on EU Health Commissioner Stella Kyriakides and her apparent conflicts of interest.  There are still many unanswered questions in the scandal involving Stella Kyriakides, the EU’s Health Commissioner. Last week, it was revealed that, according to the Audit Office of the Republic of Cyprus, 4 million euros landed in the joint bank account of Ms Kyriakides and her husband.

The money was transfered to the family account as a loan through the state-owned Cooperative Bank of Cyprus, but the couple has no coverage for such a large amount, and the Cypriot press began floating the possibility of passive corruption. Feketen Feheren (Black and White), a vlog run by Miklos Omolnar, a prominent Hungarian journalist, posted a new video on the subject, in which Mr Omolnar draws attention to the fact that ever since the commissioner’s scandal was exposed, Stella Kyriakides has been apologising profusely. In a statement to the ARD public service television program, the Commissioner stressed that she had no personal involvement in the matter.

According to the vlog, however, Kyriakides has been trying to put it across that the amount, which certainly looks like corruption money, has nothing to do with the EU’s vaccine agreements. She is trying to divert attention from the apparent fact that the bribe was pooled together by vaccine companies in return for the favourable contracts which allowed them the option of late and uneven delivery.

Ina letter to the European Commissioner V4NA asked why she had hidden these four million euros which, according to sources in Cyprus, may be related to the joint procurement of vaccines by the EU.

This is not the politician’s first healthcare-related corruption scandal, the blog points out. Years earlier, hiding behind a bank, they were the ones who privatised all oncology treatments in Cyprus and then, as one would expect, the price of treatments skyrocketed. Incidentally, Stella Kyriakides used to work as president of Europa Donna Cyprus, an organisation against breast cancer, from 2000 to 2015, and she was also the head of the European Breast Cancer Coalition Europa Donna from 2004 to 2006.

Dating back to 2006, the financial statements of the European Breast Cancer Coalition Europa Donna are accessible on its website. The reports revealed that the organisation received tens of thousands of euros in funding from Pfizer, AstraZeneca and Johnson and Johnson in recent years.

V4NA contacted the organisation in a letter to inquire what funding it received from pharmaceutical companies before 2006, and we also sent some questions to Stella Kyriakides to find out how – during the vaccine procurements – she may have utilised her personal relationships she had built when she was President of European Breast Cancer Coalition Europa Donna.