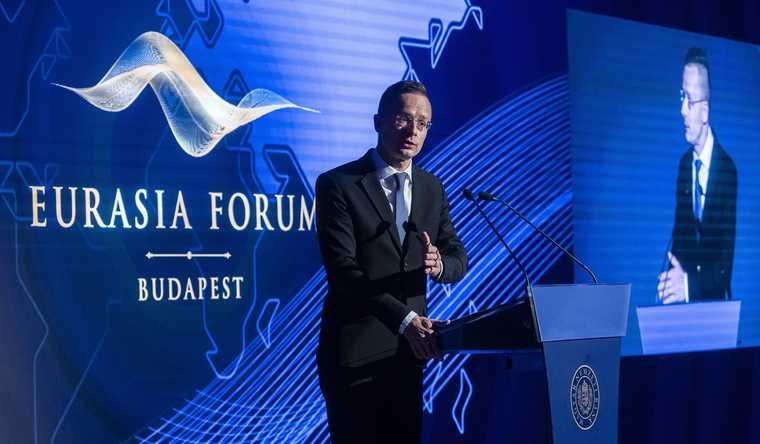 Hungary did not sign the NATO Ambassadors’ joint statement on Ukraine’s membership candidacy, Secretary of State for International Communications Zoltan Kovacs announced on his blog. “Hungary won’t surrender the Transcarpathian Hungarian community to geopolitics,” the state secretary quotes the foreign minister. Szijjarto stated: the interests of the 150 thousand strong Hungarian minority in Ukraine “do not weigh as heavily overseas, but we live here in East-Central Europe; the interest of a single Hungarian person is enough for us to take a stand.”

Zoltan Kovacs pointed out that Hungary’s government had made several proposals to reach a text that would have called upon Ukraine to abide by the word of international law, live up to its commitments and play by the rules of international organisations. “This has been our government’s consistent position since Ukraine put forward its discriminatory education law,” the state secretary writes.

According to the foreign minister, Hungary would have signed the statement if Ukraine showed “minimal allied solidarity” for a joint statement to say something about infringements on the rights of an ethnic minority group related to one of the member states.

SDSM party leader Zoran Zaev triumphantly announced the move by the European Commission to prepare its draft negotiating framework with Macedonia and Albania. The framework has yet to be accepted by all EU member states before Macedonia can actually open accession talks, and this will likely require...
Macedonia 01.07.20 | 22:52