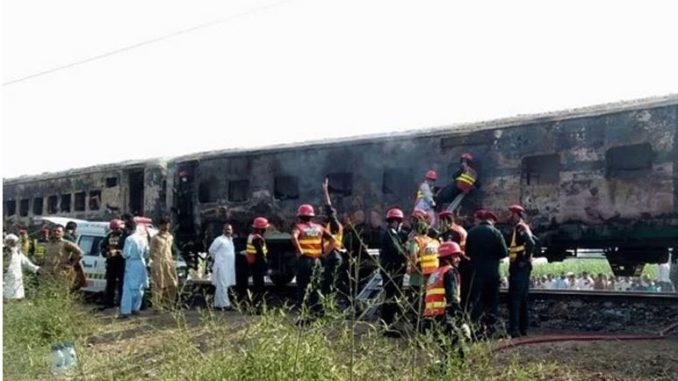 At least 73 passengers died when a train travelling from the Pakistani city of Karachi to Rawalpindi caught fire, BBC reported.

Minister for railways, Sheikh Rashid Ahmed, said the fire was caused by the explosion of a gas cylinder being used by passengers cooking breakfast.

The blaze is thought to have spread to at least three carriages.

According to officials cited in local media, many of the victims died as they tried to jump off the burning train.

Another 40 people have been injured. Officials say the number of dead may still rise.

The accident happened near the town of Rahim Yar Khan in the south of Punjab province. Many passengers were pilgrims heading to Raiwind near Lahore for one of Pakistan’s largest annual religious congregations, organised by the Tablighi Jamaat Sunni Muslim missionary movement.