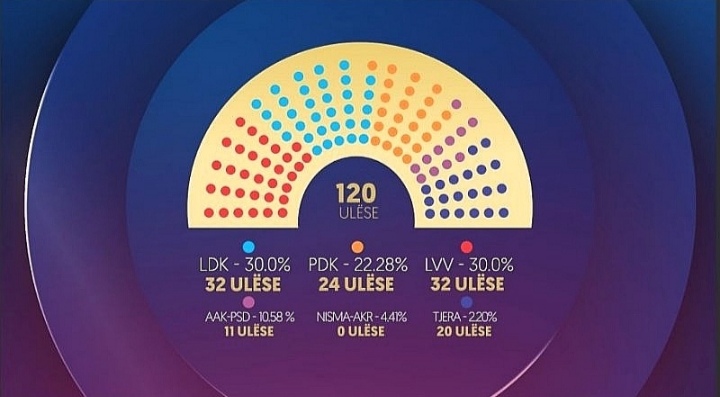 The ruling coalition of former guerrilla commanders was defeated at the Kosovo elections yesterday, in favor of the nationalist – populist Self-Determination party (VV) and the more established center-right LDK party.

Leaders from the war coalition of parties led by former commanders of the UCK guerrilla group admitted defeat. PDK leader Kadri Veseli said that his party is going to the opposition, even after ranking third, behind VV and LDK. Former Prime Minister Ramush Haradinaj from the AAK party, who won 11 seats in the Parliament, also admitted defeat.

VV and LDK are close, each winning about 32 seats in Parliament which should allow them to form a Government, if they can put together a joint program and bring Serb and other minority representatives on board. A big issue before any Government would be whether to push forward with the plan to swap territory with Serbia that would include a push for Serbia to recognize Kosovo. VV is adamantly opposed to the plan which was promoted by President Hashim Thaci and Serbian President Aleksandar Vucic.