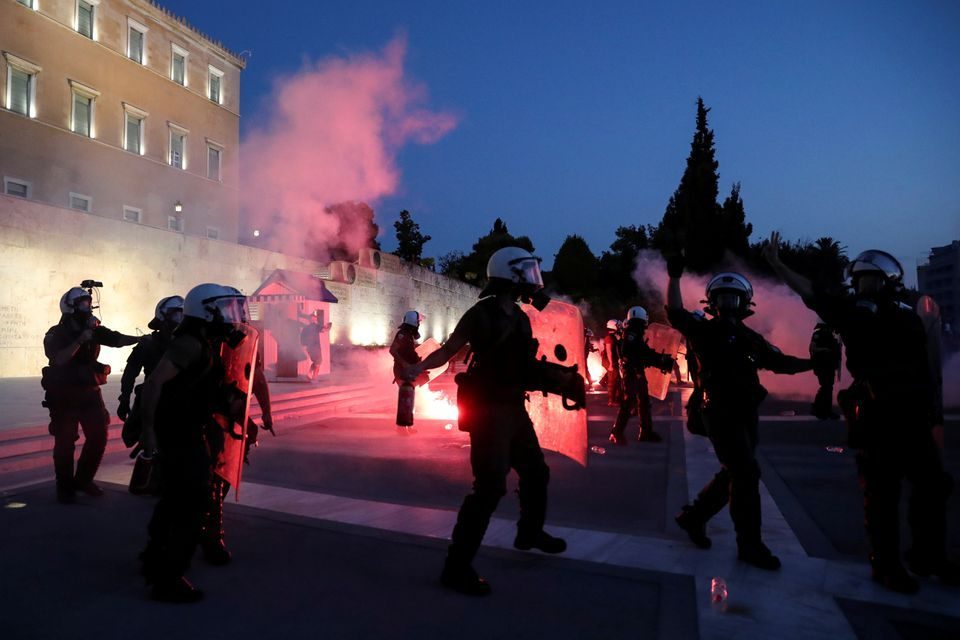 Thousands of vaccine opponents took to the streets in two Greek cities on Sunday to demonstrate against the government’s coronavirus policies.

Local media outlets estimated that 3,000 people took part in Athens, and more than 5,000 in the northern port city of Thessaloniki.

Some 200 people broke away from the demonstration in Athens after dark, when it was nearly over, and hurled incendiary devices and stones at police outside the parliament. Officers responded with stun grenades, tear gas and water cannon, causing the rioters to disperse.

By law, only vaccinated people are allowed inside restaurants and cultural institutions. Unvaccinated employees in the health sector are to be released from their work starting from Sept. 1 and — as long as they are not vaccinated — will not be paid. This policy has been in place for people who work in elderly care since Aug. 16.

The number of new coronavirus infections in Greece has skyrocketed in recent weeks, mainly because of the holiday season. In large parts of Crete and other islands in the south of the Aegean Sea, a night-time curfew between 1 am and 6 am has already been in force for days.