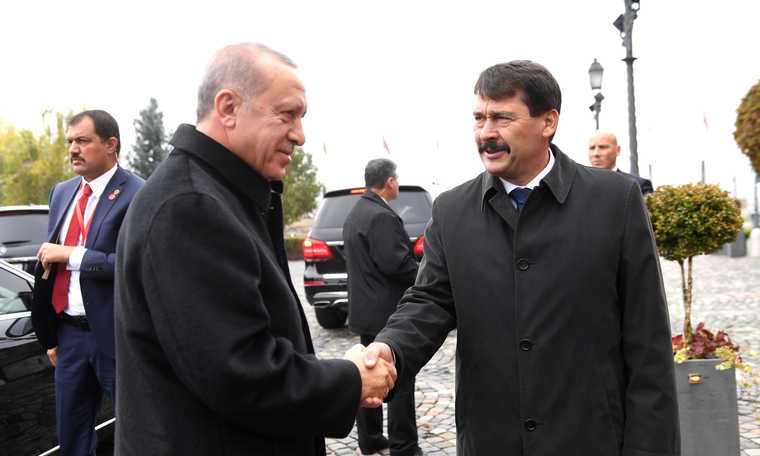 Turkish President Recep Tayyip Erdogan is the second major world leader to visit Budapest for meetings with Prime Minister Viktor Orban in only 8 days, after the visit by Russian President Vladimir Putin.

Erdogan was welcomed by his counterpart, Hungarian President Janos Ader, and will meet Orban later this afternoon, reported the V4 news agency. Their meeting is expected to focus on the two countries’ political and economic relations and the situation in Syria, which has a significant impact on the issue of migration.

Turkey is Hungary’s ally in NATO and Europe’s most important ally in stopping migration. Hungary strives for good relations with all of its allies and all major powers. The three million immigrants currently held up in Turkey would cause insurmountable difficulties in Europe if the Turks decided not to provide for them, Hungary’s state news agency quoted the minister as saying, the head of the Hungarian Prime Minister’s Office Gergely Gulyas said ahead of the visit.

President Stevo Pendarovski said at Thursday’s press conference that if no one forms a government and the Parliament does not dissolve itself, Oliver Spasovski will be the interim prime minister for the next four years. Even if the Government is not elected, we can go on like that for months. If...
Macedonia 13.08.20 | 15:31